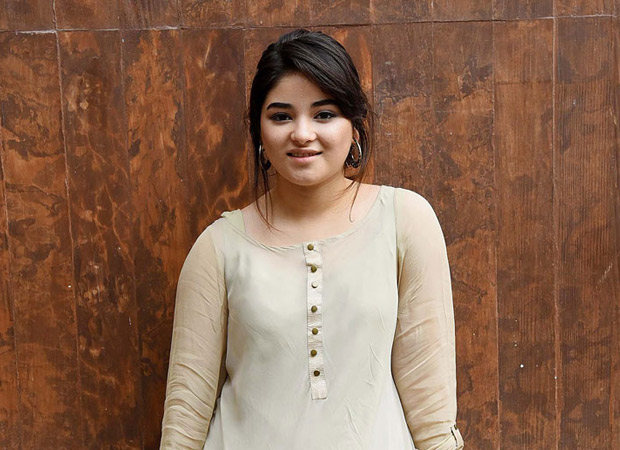 Secret Superstar actress Zaira Wasim shocked one and all when she made a series of Instagram posts and informed people that she has been molested on board a midnight Delhi-Mumbai flight. The actress said that a person sitting behind her put his feet on her armrest and tried to touch her inappropriately. At first, she ignored, thinking it was due to turbulence. But later, her doubts went away. She also added that she tried to take a picture of the molester but she couldn’t as the lights were dimmed. However, she shot a brief video in which the leg of the molester can be seen on her armrest.

Zaira Wasim’s molestation claims led to a huge uproar. The Mumbai Police swung into action and filed FIR under the relevant sections of Protection of Children from Sexual Offences Act (POCSO) since Zaira is a minor. In a few hours, the molester was identified – 39-year-old Vikas Sachdev – and he was arrested in the evening. Deputy Commissioner of Police Anil Kumbhare said that he will be produced in court tomorrow. Meanwhile the National Commission for Women revealed that they’ll help Zaira in whatever way possible.

Zaira Wasim also criticized the airline – Air Vistara – and it seems that they didn’t co-operate with Zaira when she raised an alarm, as the flight was about to descend. But they apologized to Zaira and also submitted an initial report to the regulator Directorate General of Civil Aviation (DGCA). Moreover, senior members of the Air Vistara team flew to Mumbai to meet Zaira Wasim and understand what went wrong on the part of the airline crew.

Zaira Wasim is 17 and came into limelight when she played the kid Geeta Phogat in the 2016 blockbuster Dangal, starring Aamir Khan. Secret Superstar was also produced by Aamir and she had a leading role in this film, which released on Diwali.