This week we see the release of the Rajkummar Rao – Shraddha Kapoor starrer STREE that comes from a less explored genre of horror comedy, alongside the third instalment in the YAMLA PAGLA DEEWANA franchise that features Sunny Deol, Bobby Deol and Dharmendra. But which of these new releases will eventually take the lead at the box office is the question. 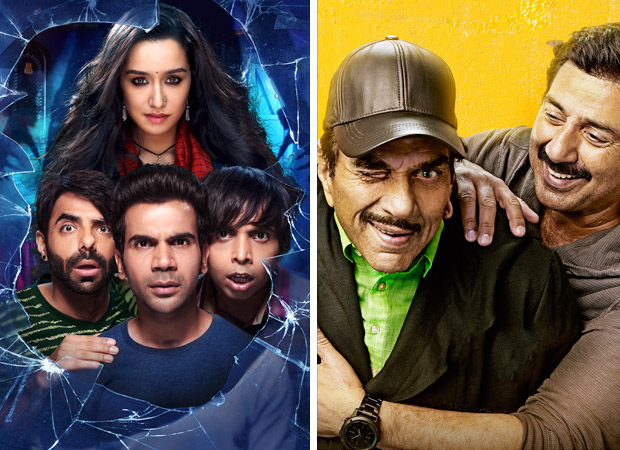 Reports state that STREE despite rather low key promotions has opened on a strong note with occupancy rate during morning shows being pegged at 40%. On the other hand, YAMLA PAGLA DEEWANA PHIR SE has opened to a lacklustre start with just 10% occupancy rate. If that wasn’t all, with an approximate screen count of 1800, STREE that promises chills and thrills coupled with rib tickling humour, STREE has received positive reviews from critics which is sure to bolster collections over the weekend.

On the whole, with previous releases all but out of theatres, the field is wide open for both releases. But STREE that already has an advantage over YAMLA PAGLA DEEWANA PHIR SE is expected to dominate the weekend. On the other hand, YAMLA PAGLA DEEWANA PHIR SE that has opened slow is likely to face an uphill task at the box office, despite receiving good patronage from the audience in the Northern belt.