Last Updated 12.08.2022 | 10:35 PM IST
feedback language
follow us on
Bollywood Hungama » Movies » Movie Reviews » Stree Movie Review: Stree surely has a chance to tickle the audience’s funny bone, send a chill down their spine and ultimately give them a roller coaster experience. Impressive!

Stree Movie Review: Stree surely has a chance to tickle the audience’s funny bone, send a chill down their spine and ultimately give them a roller coaster experience. Impressive.

Horror comedies can be quite fun if handled well. Last year, we saw how GOLMAAL AGAIN became a blockbuster as it amalgamated horror and comedy in equal and entertaining doses. Earlier this year however, the Abhay Deol starrer NANU KI JAANU also belonged to this genre but failed miserably. Now debutant director Amar Kaushik is ready with his own horror comedy, titled STREE. So does STREE follow the footsteps of GOLMAAL AGAIN and entertain audiences? Or does it fail to impress, a la NANU KI JAANU? Let’s analyse. 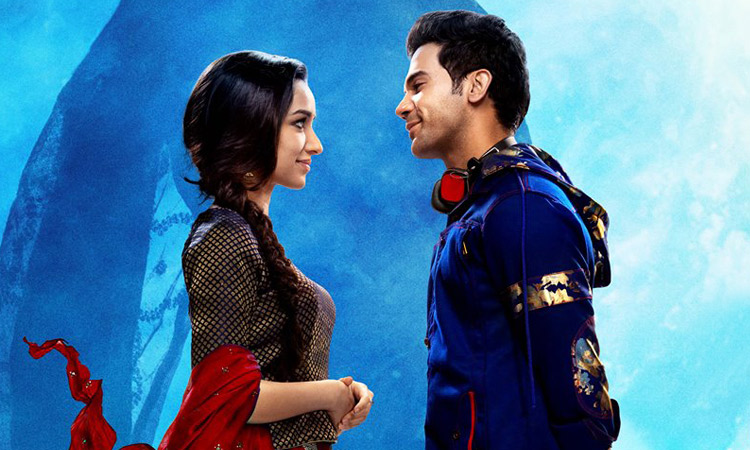 STREE is based on folklore and a myth that has found acceptance in several states across India. Set in the Madhya Pradesh town of Chanderi, it tells the story of a bride’s wandering spirit who roams the streets for four days during an annual pooja. She calls out to young, unsuspecting men, and if they turn back, she takes it as their acceptance to be with her. Vicky (Rajkummar Rao) is a gifted tailor in this town and he doesn’t believe in this myth. On the first day of pooja, a mysterious young girl (Shraddha Kapoor) approaches him to design her ghagra. She shows interest in him romantically and Vicky falls for him. Vicky tells his friends Jana (Abhishek Banerjee) and Bittu (Aparshakti Khurana) about his love interest. Jana is happy for Vicky but Bittu cautions Vicky to be careful of her. Trouble arises when Bittu analyses the situation and realises that Vicky's love interest might be none other than Stree. What happens next forms the rest of the film.

Raj Nidimoru, Krishna DK and Pawan Sony’s story is based on a true phenomenon. They make great use of the plot as it’s quite fresh and they add the necessary elements to make it better. Raj Nidimoru and Krishna DK’s screenplay is very effective and entertaining. The film’s duration is just right at 128 minutes and it keeps the audiences engaged. Sumit Aroraa’s dialogues are hilarious and very witty. Few one liners are sure to bring the house down.

Amar Kaushik’s direction is commendable, considering that this is his first film. He has handled the horror as well as dramatic scenes with panache. However for a horror comedy, the film gets a bit too spooky. Hence, it might be a bit too much for the family audiences. Secondly it seems he rushed through the ending. The build up is excellent but then he finishes it in a jiffy. Also the final scene will confuse a section of audiences and they might come out of the theatre in daze.

STREE begins on a high and sets the eerie mood. Immediately then, the entry of Vicky, Bittu and Jana make things light hearted. The manner in which Vicky and the girl fall in love is sweet. However the horror sequences are also neatly inserted in between. The sequence where Narendra (Aakash Dabhade) gets taken away is quite scary. However the most chilling sequence of the first half is the pre-interval sequence. Post intermission, the oscillation between fun and horror continues well. But the interest drops a bit at this point. Also, the ending has its moments but it’s also underwhelming and confusing.

Rajkummar Rao gets a chance to dabble in a new genre and he excels thoroughly. He genuinely gives an earnest performance and is a treat to see him getting spooked, delivering monologues and behaving madly in love. He is sure to bring the house down when he loses his cool in front of Jana and Stree. Also watch out for him in the second half sequence when he’s trying to analyse Stree. He’s terrific. Shraddha Kapoor delivers a fine performance and has a mysterious air about her as per the character's requirement. In the second half she gets better. Aparshakti Khurrana gives a great performance and he doesn’t get overboard. Same goes for Abhishek Banerjee. In fact he’s superb in the last one hour. Pankaj Tripathi is hardly there in the first half and he rocks big time in the second half. Vijay Raaz (Shastri) leaves a mark in the lone sequence. Flora Saini plays an important part with elan. Atul Srivastava (Vicky’s father) brings the house down in the scene where he talks to Rajkummar Rao about sex. Nora Fatehi is sizzling in the item number.

Sachin-Jigar’s music is entertaining. 'Darji' is peppy while 'Milegi Milegi' is the best of the lot but is played during the end credits. 'Kamariya' is entertaining while 'Nazar Na Lag Jaaye' is okay. 'Aao Kabhi Haveli Pe' is relegated to the background. Ketan Sodha’s background score is excellent and enhances the eerie quotient significantly. However the sound quality at some places could have been better.

Amalendu Chaudhary’s cinematography is ideal and sans any vague camerawork that certain horror films often have in Bollywood. He also has shot the locales of Chanderi beautifully. Madhusudhan’s production design is authentic. Manohar Verma and Gulzar Amin Khatib's action is nothing special. Prime Focus’ VFX is upto the mark. Hemanti Sarkar’s editing is simple and works well.

On the whole, STREE is a unique concoction of humour and horror that floors you completely. At the box office, this entertainer surely has a chance to tickle the audience’s funny bone, send a chill down their spine and ultimately give them a roller coaster experience. Impressive!

Shraddha Kapoor to star in Stree prequel; project to kick off in August

Shraddha Kapoor starrer Stree is all set to release in Japan

2 Years Of Stree: "It is like a childhood memory that I will remember for a lifetime" - says Abhishek Banerjee

all the actors we're amazing and movie was full of comedy thriller and suspensed. shradha and…

you just can not miss on this epic horror comedy. Raj kumar rao , Pankaj tripathi and Aparshakti…

It's a horror movie with a punch of comedy but not a great ending by the director. The movie…