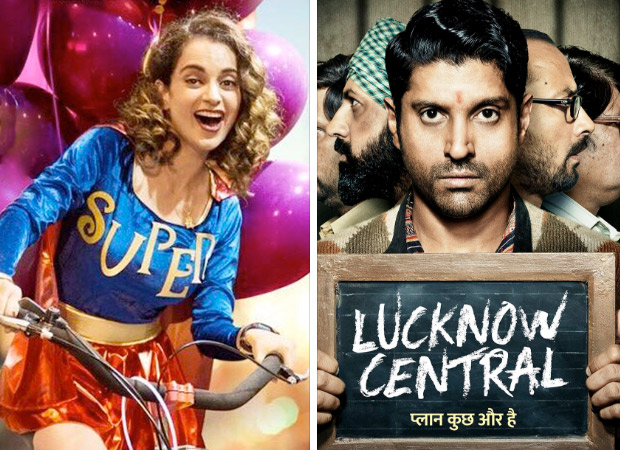 After much talk today we see the release of the Kangana Ranaut starrer SIMRAN and the Farhan Akhtar starrer LUCKNOW CENTRAL. While the first, SIMRAN has been in the news thanks to the lead actress making headlines, the latter LUCKNOW CENTRAL has literally featured little to no promotion in the run up to its release. But from the two films which will eventually emerge as the leader is the question of the hour.

Initial reports coming in suggest that both SIMRAN and LUCKNOW CENTRAL have opened on a disastrous note with occupancy rates during morning shows being pegged at a meagre 12%. Apart from this, the third release this week, PATEL KI PUNJABI SHAADI which has turned out to be a nonstarter. Compounding matters further for both film viz. SIMRAN and LUCKNOW CENTRAL the music of both films has failed to leave an impact, and has not managed to create much buzz for the film’s release.

On the whole, while SIMRAN that has received less than appreciative reviews will have to rely on positive word of mouth to post decent collections, LUCKNOW CENTRAL that has hardly been promoted faces an uphill task to entice audience to venture into theatres. Making matters worse the cluttered release and scattered release patter will greatly affect all three films box office earning capacity to a great extent.