After last week's rib-tickling comic entertainer TOTAL DHAMAAL, this week we see the release of two new films in the form of LUKA CHUPPI and SONCHIRIYA. While the first features the youth heartthrob Kartik Aaryan and Kriti Sanon in a modern day tale of live in relationships, the latter is a more rustic story of dacoits in the Chambal region featuring Sushant Singh Rajput and Bhumi Pednekar. But from the two which one will take the lead and will either of the new releases manage to go head on with last week’s release is the question. 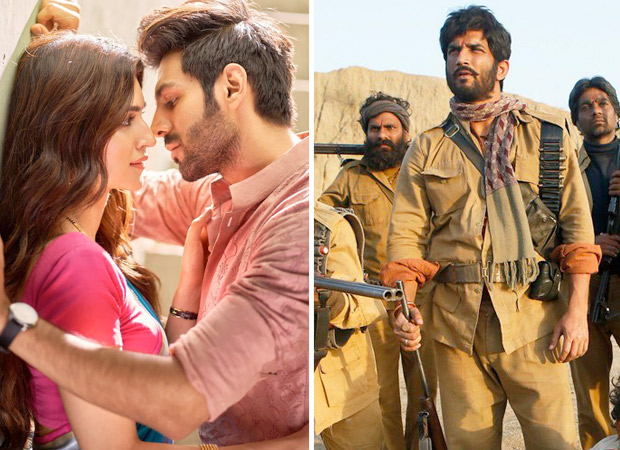 Reports suggest that LUKA CHUPPI has opened on a decent note with occupancy rate during morning shows being pegged at a steady 25%, while SONCHIRIYA has taken off on a relatively sluggish note with an occupancy rate of 5%. Given the 2100+ screens LUKA CHUPPI has released across in the domestic market, the business of the film is expected to pick up as the weekend progresses. On the other hand, SONCHIRIYA that did not feature any advance bookings and features a relatively lesser screen count of just 720 screens in the domestic market is expected to see an increase in number of shows.

On the whole, LUKA CHUPPI that has been receiving positive reviews from the critics will see a good jump in footfalls translating into box office collections, while SONCHIRIYA that has featured a limited release will face an uphill task. If that wasn’t all, last week’s release TOTAL DHAMAAL still continues to run drawing in audiences, and is more than likely to eat into the business.