2019 has so far been proving to be a rather successful year for Bollywood releases. After a multitude of releases that have been doing well, this week we see the release of a suspense thriller in the form of the Sujoy Ghosh directorial BADLA. However, releasing alongside this is the Hollywood big ticket entertainer CAPTAIN MARVEL, which begets the question, will BADLA manage to find takers among the audience, will CAPTAIN MARVEL railroad the new and previous releases to emerge as the sole winner, or will the two new films find a balance at the box office. 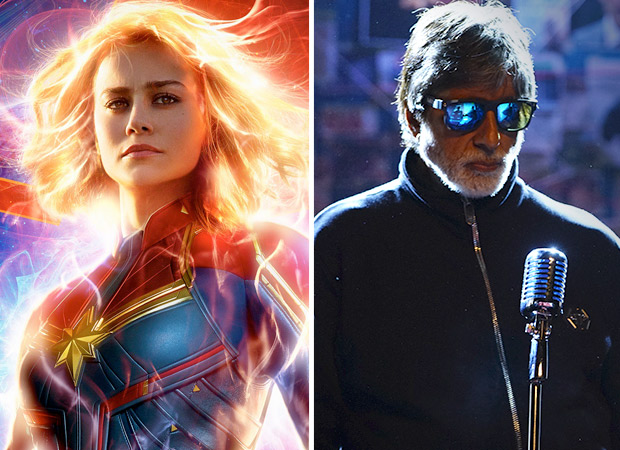 Reports suggest that CAPTAIN MARVEL which is the 21st film in the Marvel Cinematic Universe has opened on a good note with occupancy rate being pegged at 45%. On the other hand, BADLA has taken off to a slow start with an occupancy rate of 15%. This rather slow start the Amitabh Bachchan – Taapsee Pannu starrer has taken is currently being attributed to the fact that generally thrillers appeal to a limited section of audiences, and the fact that previous releases like GULLY BOY, TOTAL DHAMAAL and LUKA CHUPPI are still managing to find favour among cinegoers.

On the whole, while CAPTAIN MARVEL that comes with immense hype is expected to dominate the box office window this weekend, BADLA will have to rely on positive reviews and strong word of mouth. All in all, BADLA that has witnessed a limited release across 900 screens is expected to rake in anywhere between Rs. 3-4 cr on its opening day.