Akshay Kumar’s Pad Man is impressing masses with its unconventional content and dumdaar performances by its leads. Well, the film is high on content as well as pulls heartstrings of masses by talking about the pertinent topic of women empowerment through menstrual hygiene. The film opened to mixed reviews from the critics but is going strong at the box office due to the strong word of mouth. It has garnered Rs. 40.05 cr. at the box office on its first weekend only to become the second highest grosses of 2018 after Padmaavat as far as opening weekend numbers are considered. Here’s understanding the number game. 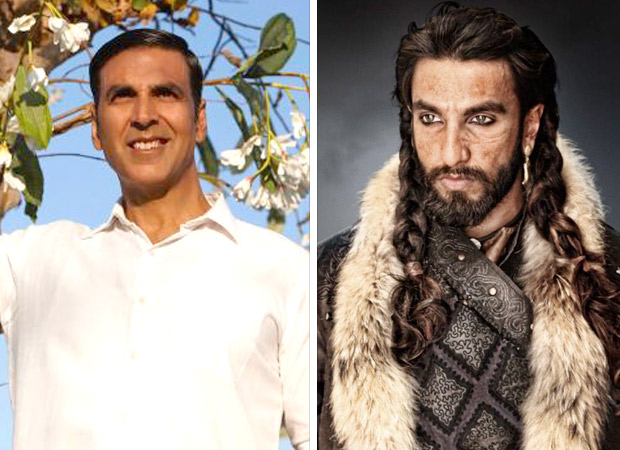 Ranveer Singh – Deepika Padukone’s Padmaavat garnered around Rs. 114 crore in its first weekend itself but it enjoyed extended weekend owing to Republic Day, unlike Pad Man. So, its Friday, Saturday and Sunday figures amount to around Rs. 90 crores. Pad Man has a long way to go as it is steady at Rs. 40.05 crores in its first weekend. It is expected to hold its ground at the box office as next releases this month are Neeraj Pandey’s Aiyaary starring Akki’s Brothers co-star Sidharth Malhotra and his Special 26 co-star Manoj Bajpayee. Next up is Luv Ranjan-Kartik Aaryan’s Sonu Ke Titu Ki Sweety. So, looks like there is a scope for Pad Man to continue a decent run at the box office for next few weeks.

Look at the figures below and you would know what we are saying.