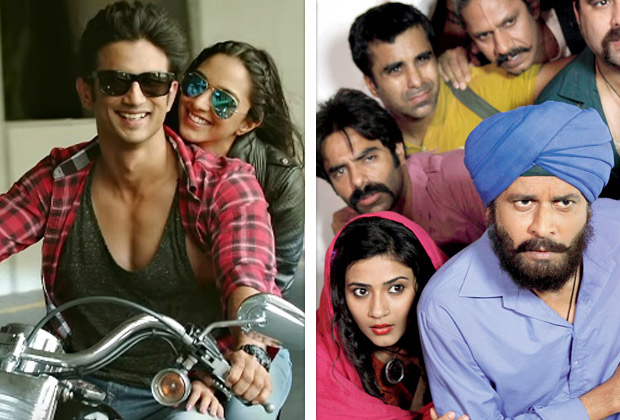 Even in its third week, M.S. Dhoni - The Untold Story is leading the show again. With Rs. 1.51 crore coming in, the film has now collected Rs. 122.99 crore at the Box Office. The film is set to grow further today and tomorrow since for the family audiences, this is the only option in theatres. That said, the current period is traditionally dull due to pre-Diwali season and unless there is a major big release in town, footfalls are generally meagre.

The Neeraj Pandey film would continue to bring in some moolah though, albeit on the lower side. That should still help it go past Rustom (Rs. 128 crore) over the third weekend. On Friday though, the film almost collected as much as the combined total of the other new releases. Just around Rs. 1.5 crore came between Saat Uchakkey, Beiimaan Love, Fuddu and Anna. In fact, the collections of the last two in the list were near to negligible. The best of the lot was Saat Uchakkey and it has got fair reviews as well. If at all, a film can actually grow, it would be the Manoj Bajpayee starrer.

Sunny Leone has another major disaster to her name in the form of Beiimaan Love. This is her second big commercial failure in a row after One Night Stand. Disappointingly, her films have started to lose steam even from the release perspective, as evident from the fact that Beiimaan Love was released at merely 2-3 shows in select multiplexes. It is a huge let-down for the actress who was at least getting some sort of Box Office opening till the release of Ek Paheli Leela. She needs a big commercial film with reputed production house backing it up so as to be back in the thick of things at Bollywood.