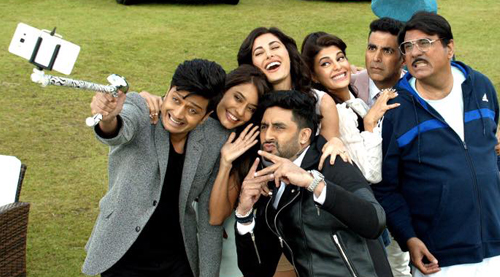 Box Office records are created and broken with every big release in Bollywood. Well the recently released Akshay Kumar starrer Housefull 3 has now been added to the list of such films. In fact the film has gone on to become the Highest Opening Weekend Grosser of 2016 surpassing the collections of the previously released Shah Rukh Khan starrer Fan. But what caught our attention while looking at the day wise collections of the film is that Housefull 3 has also become Akshay Kumar's Highest Third Day grosser. In fact, Housefull 3's Day 3 collection is also Akshay Kumar's highest collection on a single day.

In fact the business of Housefull 3 which started off on a good note witnessed a massive jump over the weekend, with Sunday (Day 3) collections reaching Rs. 21.80 cr. Previously Akshay's highest Day 3 collection record was with the film Brothers that had managed collection of Rs. 21.43 cr and prior to it,Singh Is Bliing held that record with its collection of Rs. 20.67 cr.

With this, the figure of Rs. 21.8 cr collected by Housefull 3 on Sunday (Day 3) becomes the highest single day collections for an Akshay Kumar starrer.