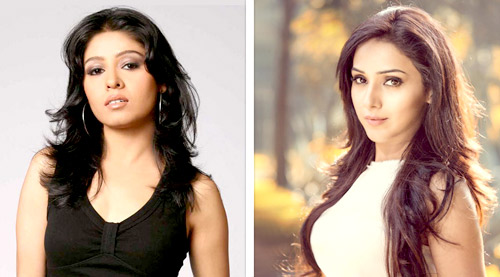 'The Voice' is one of the most watched singing reality shows on TV today. While the first season had the likes of Mika Singh, Sunidhi Chauhan, Shaan and Himesh Reshammiya as its judges, the second season will reportedly see Shaan, Shekhar Ravjiani and Neeti Mohan as the judges.

Buzz is that, because the makers of the reality show did not inform Sunidhi Chauhan about Neeti Mohan replacing her as one the judges, it did not go well with her. Sunidhi Chauhan, who had reportedly asked for a fee hike in the second season, was seemingly upset when she got to know about roping in Neeti Mohan, without even informing her.

Whatever reported above was purely on the basis of the market buzz. Watch this space for further developments.

Divya Khosla Kumar to feature in the remake…

Neeti Mohan and Nihar Pandya to tie the knot…

A R Rahman to turn judge on Indian…