While the other Hollywood studios have decided to delay the release of their big films due to the Coronavirus pandemic, Warner Bros has stood out. It has released it’s big-screen spectacles like Tenet and Wonder Woman 1984. And now it’s gearing up to release the much-talked about action flick, Godzilla vs. Kong, worldwide. While it’s releasing in the USA on March 31, it was scheduled to be released in India on March 26. 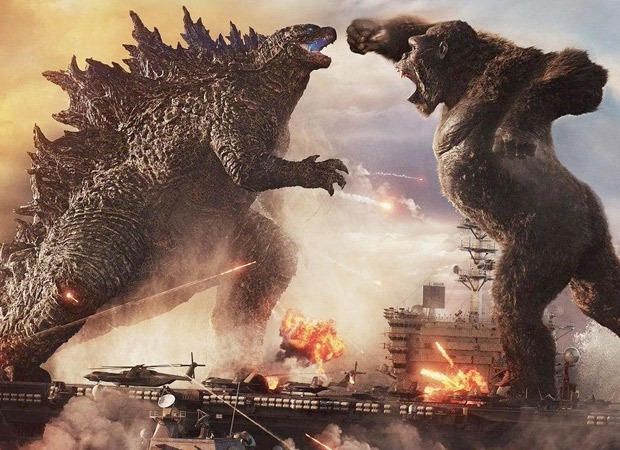 And now, Bollywood Hungama has exclusively learnt that this massy monster fare’s release plans have undergone a change. A source reveals, “Warner Bros India has decided to prepone the release by 2 days. So instead of March 26, it’ll now have a mid-week release on Wednesday March 24.” When asked whether it’ll have a limited, paid-preview type release on March 24 and 25, the source said, “No, it’ll be a full-fledged release from Wednesday morning.” The film is releasing in theatres in original English and dubbed versions.

Interestingly, Godzilla vs. Kong is also scheduled to release on March 24 in most European countries and Taiwan. The Indian audiences, too, now would get a chance to watch this film on the same day as their European and Taiwanese counterparts. A trade expert said, “This is a good decision taken by Warner Bros India. Godzilla vs. Kong would now get more time to score and earn money at the box office. Although Sooryavanshi has vacated the April 2 date, some exciting Hindi film is sure to grab the slot. So Godzilla vs. Kong would get two additional days to rake in the moolah. It would also have the advantage of a holiday on Monday March 29. In short, it’s going to enjoy a six-day weekend of sorts.”

The trade source further says, “The team of the film just need to make sure they get sufficient shows in most theatres, without disturbing the playing programme of Mumbai Saga, which releases on March 19. Just like Godzilla vs. Kong, the John Abraham-Emraan Hashmi starrer also targets the mass audience.”

Godzilla vs. Kong is the fourth part in Legendary's MonsterVerse series, after Godzilla (2014), Kong: Skull Island (2017) and Godzilla: King Of The Monsters (2019). As the title suggests, it pits the two gigantic monsters, Godzilla and Kong, against each other while humanity scrambles to survive amidst the madness.

In other news, Koi Jaane Na, starring Kunal Kapoor and Amyra Dastur, which was supposed to release on March 26 has now been postponed to April 2. This T-Series production is directed by Amin Hajee and features Aamir Khan and Elli AvrRam in a special song.

Also Read: Godzilla vs Kong trailer is all about disaster and mayhem; film to release in India on March 26