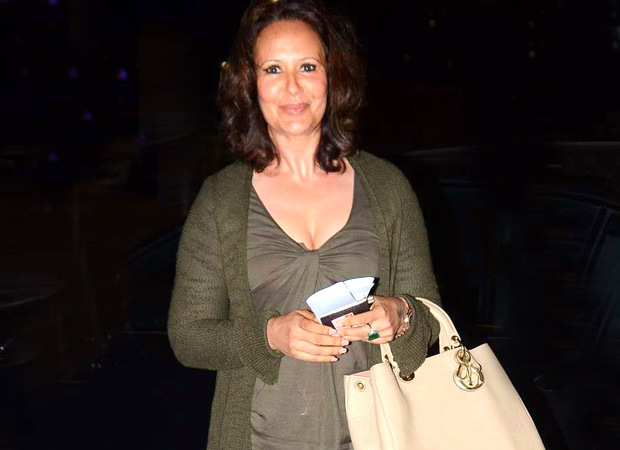 Over the weekend viewers were treated to one of the warmest father – son combination in Bollywood with the latest season of Karan Johar’s Koffee With Karan 5 featuring Jackie Shroff and son Tiger Shroff. If that wasn’t enough, the episode also featured a special segment with inputs from Tiger’s mother Ayesha Shroff who literally broke down reminiscing about their past. But away from the show, we hear of another family project silently taking shape, in the form of Tiger’s next big screen outing Munna Michael.

While we had earlier reported that Tiger’s sister Krishna Shroff had joined the film’s unit as the first assistant director to Sabbir Khan, now we hear that the actor’s mother, who was pretty vocal about how Tiger is the perfect son, has come on board to coproduce the film.

Apparently, it was the director of Munna Michael Sabbir Khan who brought the project to Ayesha a few months ago. Post reading the script of the film, Ayesha loved the project so much that she decided to put her own money on it. However, considering Ayesha’s previous trysts with film production viz. Boom, Grahan and Jis Desh Mein Ganga Rehta Hai, the doting mother has preferred to take a backseat on this film and let the other co-producers take charge of the project.

As for the film itself, Munna Michael that is being directed h Sabbir will feature Tiger showcasing his dance moves inspired by Michael Jackson while Nawazuddin Siddiqui who plays the main antagonist will also be seen matching step. Slated to release on July 7, 2017 the film also features newcomer Nidhi Agarwal.