Aditi Rao Hydari is all set to play the leading lady of Dhanush in the latter’s directorial in which he essays the character of the male lead. Besides him, this Tamil-Telugu bilingual also has some interesting names from the South industry like Nagarjuna, SJ Suryah and Srikanth in important roles. The actress is super excited about featuring alongside such big names but at the same time, she is also a tad bit nervous about the new languages she would be learning. 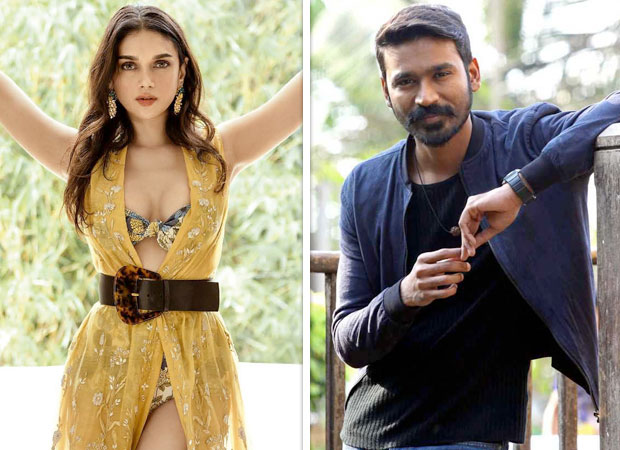 Aditi Rao Hydari isn’t fluent with Tamil or Telugu but the actress is more than happy to take up this challenge. On the other hand, she revealed that she was supposed to collaborate with Dhanush on another project which failed to materialize. So she expressed in recent reports that she is glad that she got this opportunity to work with him again. She also believes that Dhanush makes for a great filmmaker since he understands the work of an actor really well.

Aditi expressed that she gets nervous around all these experienced actors around her. However, she is all praises for them who make her extremely comfortable. The actress maintained that while she used to mug up lines whilst doing the Mani Ratnam film Kaatru Veliyidai [her debut], in this case, Dhanush prefers actors to come to the sets with clean slates. Even though she finds it challenging, Aditi also believes that this is fun.

Recalling her first day with Dhanush as the director, Aditi mentioned that she was quite upset when he told her ’50 percent’ when she looked at him for his feedback after a shot. But later, she realized that this is how Dhanush functions and when he says that it means he has okayed it.

Coming to the film, it is yet to be titled and is currently being shot in a small village in South India. The film is period drama that went on floor earlier this month.