Aamir Khan and Amitabh Bachchan are coming together for the first time ever for Thugs Of Hindostan. Considering that it is one of the most ambitious magnum opus for Yash Raj Films’ the makers are going a step ahead to release the same in other Indian languages like Tamil and Telugu. And now we hear that the film will break the records made by Bollywood films which released in these languages by ensuring that it is released on a much bigger scale. Furthermore, we have the film’s leading men Aamir and Amitabh introduce the film in Tamil and Telugu. 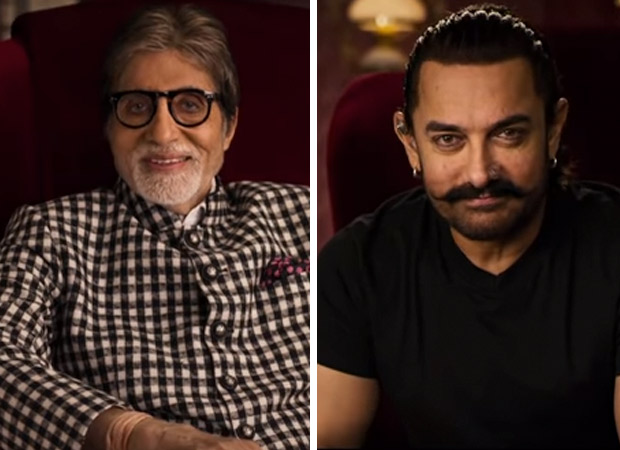 In what seems to be a unique move of sorts, after the poster release of the characters, now the makers of Thugs Of Hindostan have made short videos featuring Aamir Khan and Amitabh Bachchan. The two superstars will definitely take you by a surprise as they are introducing the films in Tamil and Telugu, languages that are quite alien to the two Bollywood megastars. Here’s sneak peek of the videos:

A source close to the film, described Thugs Of Hindostan saying, “This larger than life, visually immersive extravaganza boasts of jaw-dropping action sequences. With Aamir and Amitabh coming together, right from the word go, YRF wanted to make this the biggest Bollywood film to come out of the industry.” The source added, “Aamir and Bachchan decided to reveal this news about language dubs in an extremely innovative manner.”

An edge-of-the-seat adventure on the high seas, Thugs Of Hindostan also stars Katrina Kaif and Fatima Sana Shaikh. Directed by Vijay Krishna Acharya, the film is a period drama that is set to release on November 8, during the occasion of Diwali.