Salman Khan has donned the hat of a producer once again with LoveYatri as he is launching his brother in law Aayush Sharma with a newcomer Warina Hussain. The leads are running pillar to post promoting the movie and so is Salman. He is not leaving any stone unturned to make sure that the movie is a HIT. In an interaction with media he recounted his days as a newcomer, when he was just starting out in the industry. He said that despite all the ups and downs he is ‘fortunate’ to be called a flop hero after giving Rs 100 crore films. Looks like Salman still hasn’t forgotten the Race 3 debacle despite the film earning Rs 120.93 crore in the domestic market. He said that he gave Aayush and Warina ‘dua’ that their film becomes a FLOP, after earning Rs 170 crores at the box office. 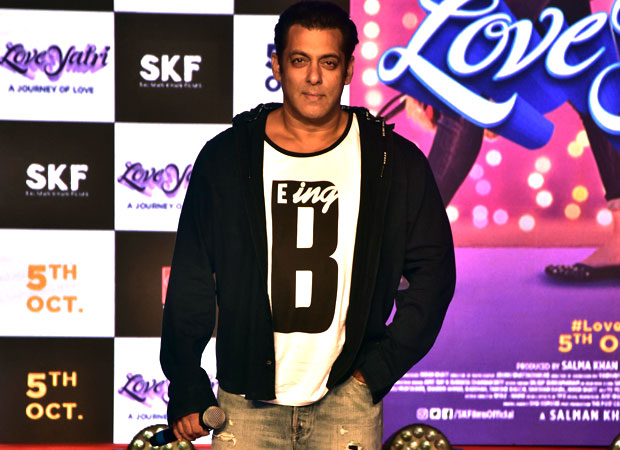 In Salman Khan’s words, “I consider myself very fortunate ke main sau ke upar ki deta hu aur flop maani jati hain (I consider myself very fortunate that my movies makes more than Rs 100 crore and still are considered flops). Yesterday I gave dua to Warina and Aayush that flop banao 170 ki. Toh uske upar flop ka pressure aa gaya. Aur main rating 2.7 ki deta hu. (I gave blessing to Aayush and Warina that make LoveYatri a flop worth Rs 170 crores and so now he has got pressure to deliver a flop”, looks like now Aayush is pressurised to give a flop film under Salman Khan’s banner.

On work front, Salman is hosting Bigg Boss 12 and is shooting for Bharat with Katrina Kaif. LoveYatri is releasing on October 5.

Also Read: LoveYatri: Despite change of title from Loveratri, trouble continues for this Salman Khan production