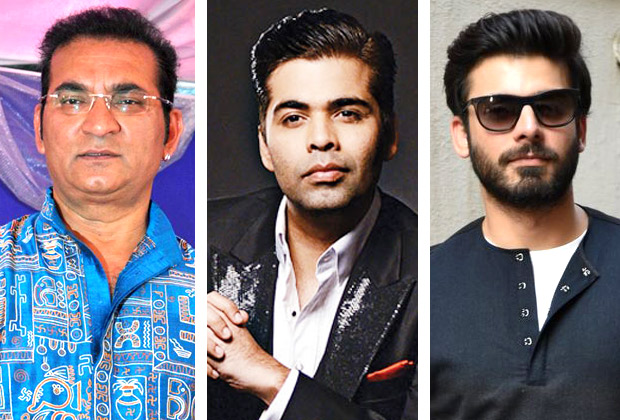 We all know the ongoing tension between India and Pakistan after the army camp in Uri became a target of the terrorist attack. We lost several soldiers in the battle and many were injured. On September 29, the Indian Motion Picture Producers Association (IMPPA) announced that Pakistani artists will be banned from working in Indian film and TV until normalcy returns.

Recently, playback singer Abhijeet Bhattacharya went on Twitter rant slamming Karan Johar. He has been very vocal about the ban imposed on Pakistani artists and called out Karan for casting Fawad Khan in his directorial venture Ae Dil Hai Mushkil. On Sunday night, Abhijeet went on a rant against Karan and Fawad. He wrote, "Another #lovejihad .. Mehbooba #KaranJohar is in depression ..pak lover fawad ditched bechari Mrs @karanjohar khan."

This rant was in response to the news when Karan Johar confirmed that Fawad Khan won't be the first guest on the new season of his talk show, Koffee with Karan. Abhijeet's rant did not end here. Next morning, he continued bashing Karan. He wrote, "Aadmi hu Aadmi se pyar karta Hoon."

Karan Johar has not responded to this yet. This won't be the first time Abhijeet Bhattacharya has been in news for his tweets. In July, he was arrested for abusing a journalist on twitter.