Salman Khan made his debut as the leading actor in Maine Pyar Kiya in the year 1989. Filmmaker Sooraj Barjatya introduced two new faces - Salman and Bhagyashree in his romance drama. While their chemistry was absolutely loved by the audience, Salman's friendship with late actor Laxmikant Berde was adored as well. The actor has remembered Laxmikant several times in his career. Recently, he said that one of the biggest reasons Maine Pyar Kiya was a success was because of Laxmikant Berde. 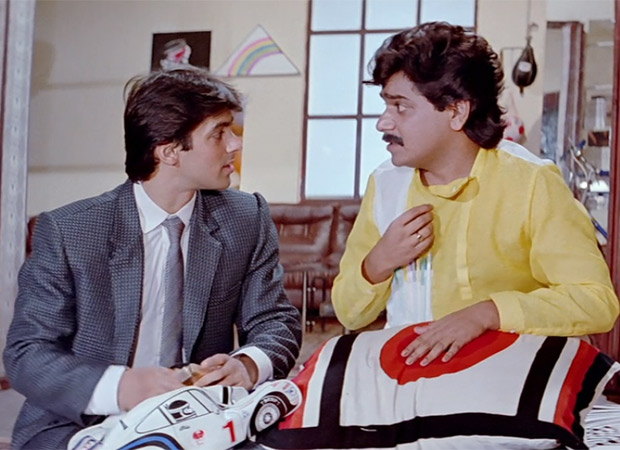 Salman Khan, who is promoting Bharat, recently filmed for Sa Re Ga Ma Pa Li’l Champs where contestant Ritik Gupta performed on the song 'Tumse Milne ki Tamanna Hai' from the film Saajan. After the performance, Salman got emotional and said, "This song has a lot of beautiful memories attached to it. This song is from our movie Saajan, which was a big hit. This was my introduction song in the movie along with my very close friend Laxmikant Berde. I have done a lot of movies with him and I think he was one of the biggest reasons behind the success of Maine Pyar Kiya. This song always reminds me of him. Unfortunately, he is not with us anymore.”

Meanwhile, on the work front, Salman Khan is gearing up for the release of Bharat which stars Katrina Kaif opposite him. Directed by Ali Abbas Zafar, the film is set for Eid 2019 release.

ALSO READ: According to Salman Khan, THIS Khan of the industry has the best sense of humor