Last Updated 27.11.2022 | 9:50 PM IST
feedback language
follow us on
Bollywood Hungama » News » Bollywood Features News » According to Salman Khan, THIS Khan of the industry has the best sense of humor

Salman Khan, Shah Rukh Khan, and Aamir Khan are the three major Khans of Bollywood and they have surely made a name for themselves over the past years. Being major celebs of B-town there is some level of rivalry bound to take place, however, the rivalry is only limited to the box office and off-screen, these three Khans get along pretty well. The fans are always on the lookout for these three to get together. 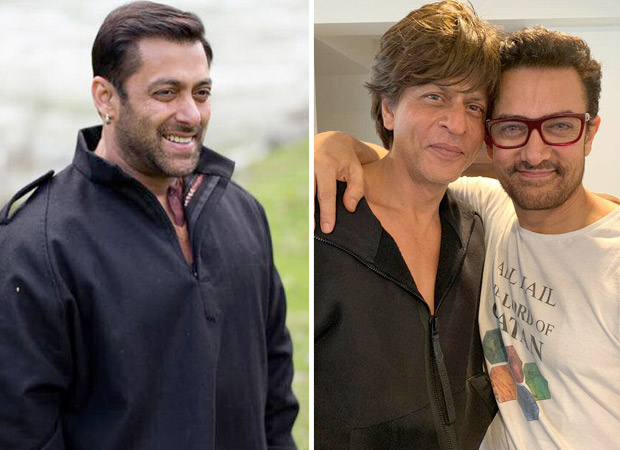 According to Salman Khan, THIS Khan of the industry has the best sense of humor

In the exclusive rapid fire segment with Bollywood Hungama, Salman Khan revealed who he thinks has the best sense of humor among all the three Khans and the answer will leave you in splits. He said, “Oh, Shah Rukh! Aamir laughs, dil khol ke hasta hai”. He further said, “I’d like to rephrase this one, ask that question again!” when asked again, he said, “I, me, myself.” Katrina Kaif who was seated right beside him, couldn’t help but laugh at his witty answer.

Wish Bharat’s release just a few days away, Salman Khan and Katrina Kaif are more than thrilled to be promoting the film with all their might. Releasing on June 5, this Ali Abbas Zafar directorial also stars Disha Patani, Jackie Shroff, and Sunil Grover in pivotal roles. How excited are you to watch Salman Khan carry 5 looks from different age groups in the film?