This could well be a first, however it is indeed happening. Though one has heard of clashes between two actors happening quite frequently, it has never happened before twice over in a single year. However that is happening now, what with Hrithik Roshan and Sidharth Malhotra locking horns with each other for their back to back films. 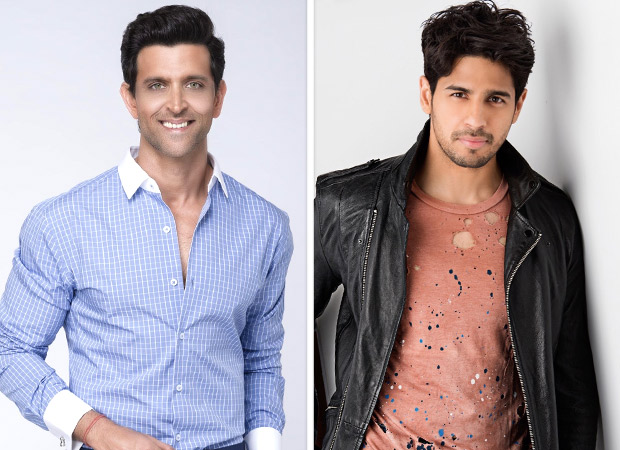 Exclusive: Hrithik Roshan and Sidharth Malhotra to clash twice over in 3 months

"Yes, that's indeed happening," confirms our source, "First it would be Super 30 and Jabariya Jodi taking on each other. This would be followed by Hrithik's yet untitled film that would have Marjaavaan for company."

Not that this was planned this way, especially for the first clash that would take place on July 12. "It was only Jabariya Jodi that was slated to release on this day. In fact Super 30 was supposed to arrive a couple of weeks later on July 26. However, when Ekta Kapoor decided to bring her Mental Hai Kya on this date, Hrithik Roshan requested his producers Sajid Nadiadwala and Reliance to change the release plans for Super 30 since he didn't want any ugly situation to arise due to clash of his film with that of Kangana Ranaut's," an insider comments.

Ironically though, Jabariya Jodi is an Ekta Kapoor film too, which means eventually there is a film of Hrithik Roshan arriving on a date of another release of hers. However, that also translates into the fact that Sidharth Malhotra would now be facing Hrithik Roshan on the big screen.

On the other hand Gandhi Jayanti is already gearing up for a mega clash, what with Hrithik Roshan and Tiger Shroff coming together with their Sidharth Anand directed action film which doesn't have a name yet. While Yash Raj Films had announced October 2, as the release date quite some time back, the makers of Marjaavaan also chose this date for bringing their Sidharth Malhotra and Riteish Deshmukh starrer which sees Milap Zaveri back as a director after the success of Satyameva Jayate.

"October 2, is special for Hrithik and Sidharth since their Bang Bang too had arrived on Gandhi Jayanti back in 2014. On the other hand Sidharth Malhotra and Riteish Deshmukh are reuniting after their biggest success till date, Ek Villain. Just like that film, even Marjaavaan is set to be a volatile romantic drama. This one is going to be a mega clash for sure," the source continues.

While one waits to see if the Gandhi Jayanti clash gets averted, a decision on the impending clash of Super 30 v/s Jabariya Jodi would need to be taken really quick, considering less than 50 days remain for the arrival of these films. It would be interesting to see who blinks first, if at all that indeed happens, though rest assured for Hrithik and Sidharth there would be suspenseful times ahead.