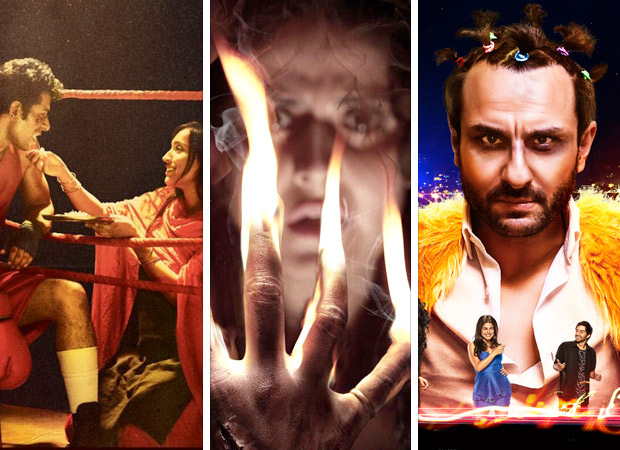 The New Year has begun and starting the releases for the year are three films viz. MUKKABAAZ, 1921 and KAALAKAANDI. While one features Anurag Kashyap directing the action drama, the other is yet another part in the 1920 horror franchise with the third featuring Saif Ali Khan. But from the three which release will take the lead is the question.

Reports suggest that all three releases MUKKABAAZ, 1921 and KAALAKAANDI have opened on a rather slow note with occupancy rate during morning shows being pegged at 10%. Though none of the three new releases were expected to take a flying star, another factor that should be considered is the history of releases in the month of January, especially in the first week that have more often than not witnessed a rather slow box office turn out. However, on the other hand the Salman Khan – Katrina Kaif starrer TIGER ZINDA HAI that ended 2017 on a bang continues to roar at the box office. In fact, reports peg the occupancy rate of TIGER ZINDA HAI on a higher scale as compared to the new films.

On the whole, while MUKKABAAZ, 1921 and KAALAKAANDI face an uphill task this weekend at the box office, the Vikram Bhatt directed 1921 seems to have been the worst hit with certain cineplexes cancelling shows of the film. In fact, all three films will have to rely heavily on positive word of mouth to sustain business.  But in the case of TIGER ZINDA HAI, the Ali Abbas Zafar directorial is expected to continue doing business surpassing the lifetime business of Salman’s previous release BAJRANGI BHAIJAAN that had collected Rs. 320.34 cr in the coming days.

Mohanlal and Kangana Ranaut approached by…

Kangana Ranaut mortgages all her property…