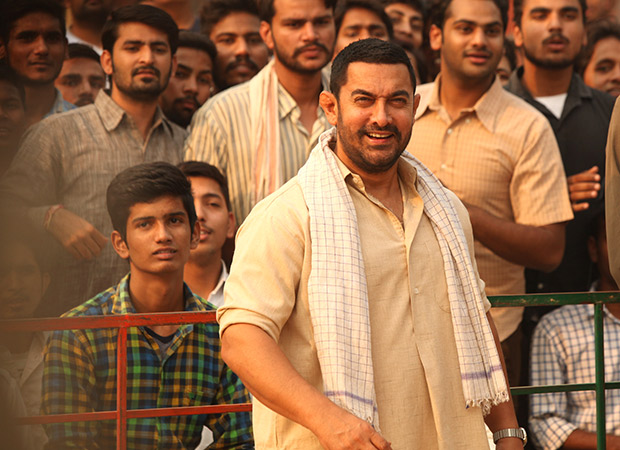 After two years of immense hard work that went into its making, Aamir Khan starrer Dangal finally released today. Directed by Nitesh Tiwari, the film is based on the real life of wrestler and coach Mahavir Phogat whose daughters Geeta and Babita Phogat went on to become stars of Indian wrestling. Coupled with extensive promotions and high star value, let us see how the Christmas weekend has kick started for Dangal at the box office.

Not surprisingly, Dangal has opened on a fabulous note with a high occupancy rate. With multiplexes obviously holding more morning shows, the rate varies from 80 to 90%. Considering the fact that the film faces no competition from Bollywood or Hollywood, Dangal is definitely experiencing a rather starry status despite the ongoing issue of demonetization that has affected a couple of Bollywood films in the past. What has also further contributed to this extensive response are the corporate bookings that seem to add to the already increasing occupancy rate. We also hear that certain cinema halls have opted for a surged pricing even for morning shows wherein they have retained the price of the ticket similar to the evening shows, unlike others who generally decrease the rates for the morning shows.

On the whole, with no major Bollywood release for the next couple of weeks, Dangal that has ample amount of emotion, action and drama is expected to do extremely well during the weekends and even has the potential to become one of the highest grossing films of the year.