This week, we see the release of the Saif Ali Khan starrer BAAZAAR. The film which has been long in the making finally hit screens. But with little promotions, the question remains whether the film will manage to take a good start at the box office. 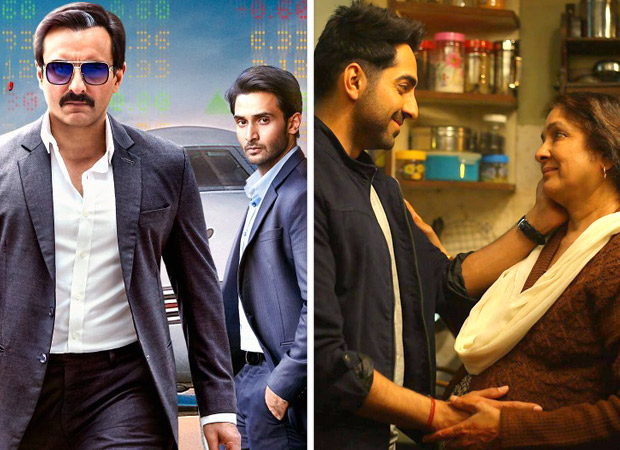 Reports state that BAAZAAR has opened on a slow note with occupancy rate during morning shows being pegged at 15%. On the other hand, last week’s release BADHAAI HO starring Ayushmann Khurrana has opened its second week on a good note with occupancy rates being pegged at 20%, while the Arjun Kapoor – Parineeti Chopra starrer NAMASTE ENGLAND is all but out of theatres. Currently, with mixed reviews, BAAZAAR is expected to face stiff competition from the previous release.

On the whole, predictions say that BADHAAI HO will dominate the weekend while BAAZAAR will have to rely on good audience feedback and strong word of mouth to post decent box office collections.