Over past two years the box office window has been a ghost town thanks to the covid pandemic either shutting down theatres, or filmmakers opting to release their ventures on OTT platforms. But now, with the lockdown being lifted and threatres reopening we see a plethora of films hitting the big screen. From last year’s release Sooryavanshi to the latest film in the form of the Alia Bhatt starrer Gangubai Kathiawadi, the audience have been patronising new releases. If that wasn’t all, even regional films, viz. Pushpa – The Rise have found acceptance among the audience. In this compendium Bollywood Hungama takes a look at some of the latest and most rending box office reports this week, from the latest box office of Gangubai Kathiawadi to the box office trends of Valimai and the box office updates of Bheemla Nayak, here are this week’s top trending and latest box office updates. 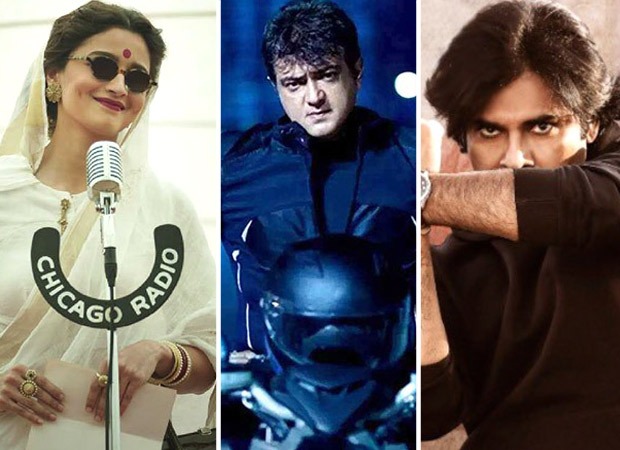 Gangubai Kathiawadi Day 3 Occupancy: Alia Bhatt starrer sees a jump of 15% in morning and noon shows over Saturday
The Sanjay Leela Bhansali film Gangubai Kathiawadi has been seeing consistent growth in business with each passing day. After seeing a good jump in occupancy on Day 2, the film is expected to see an equally good increase on Day 3. Continue reading for More.

Gangubai Kathiawadi Box Office Collections Day 1: Sanjay Leela Bhansali and Alia Bhatt’s Gangubai Kathiawadi defies predictions, collects Rs. 10.50 cr on opening day
Now that’s the kind of rejuvenation that Bollywood was looking for after Sooryavanshi had emerged as a lone big success in the last two years. The only film to score the century mark (in fact it came quite close to hitting a double century too), it was surrounded by 50 odd films from all ends during the course of the pandemic which couldn’t event touch the Rs. 50 crores mark, leave aside stepping into the Rs. 100 Crore Club. Yes, 83 did that but then barely so and unfortunately flopped due to high costs. Continue reading for Details.

Gangubai Kathiawadi Box Office: Gangubai Kathiawadi beats Udta Punjab; becomes Alia Bhatt’s 6th highest all-time opening day grosser
The much talked about and keenly anticipated release Gangubai Kathiawadi finally released yesterday. Starring Alia Bhatt and directed by Sanjay Leela Bhansali the film has been all the rage for the past few days. From its premiere at the Berlin International Film Festival to the film’s lead actress being snapped across the city promoting it, to a plethora of Bollywood stars making a bee line to watch the film, Gangubai Kathiawadi has managed to perk the audiences’ interest. Read on to know how the film beat Udta Pujab Here.

Gangubai Kathiawadi Box Office Day 1 (Overseas)
The much talked about and keenly anticipated Alia Bhatt starrer Gangubai Kathiawadi is finally here. Directed by Sanjay Leela Bhansali the film has been one of the most awaited releases of recent times. Said to be a biographical crime drama the film is loosely based on the story of Gangubai Harjivandas, whose life was documented in the book Mafia Queens of Mumbai written by S. Hussain Zaidi. Continue reading to see how the business of the film Fared.

Bheemla Nayak Box Office: Pawan Kalyan entertainer collects Rs. 52 crores in Telugu states in just two days
There's no debate on Pawan Kalyan being the biggest crowd puller of Telugu film industry in today's time as a glimpse at the opening day collections of his last few releases showcase his power to draw audiences in the cinema halls. His recent release, Bheemla Nayak is no different. After a record smashing opening of Rs. 35 crores in Andhra Pradesh and Telangana, the action packed entertainer was steady on Saturday with Telugu state gross of Rs. 17 crores. Read more Here.

Valimai Box Office: Ajith Kumar starrer crosses Rs. 50 crores in Tamil Nadu in 3 days
After showing a drop in business on Friday, Valimai got back on track on Saturday as it showcased a jump of 25% on its third day to collect a gross of Rs. 13 crore to 13.25 crore. The opening weekend total of this Ajith Kumar film now stands at Rs. 52 crores, and the movie is on its way to emerge a clean hit. Continue reading Here.