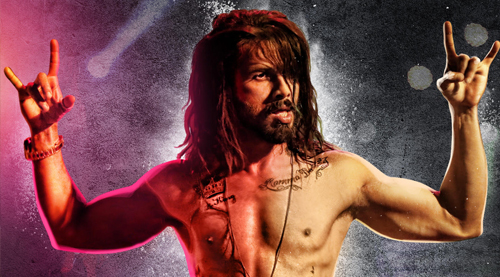 Udta Punjab is indeed soaring high. The film took a good start, consolidated well on its opening day and then went on to have a stable weekend, hence registering Rs. 33.80 crore in its first three days. Now these are good numbers for the film since before the controversy, these could well have been the first week numbers and would still not have been considered bad. In any case, Udta Punjab was never pitched as a Rs. 100 crore blockbuster material and anything over Rs. 50 crore in lifetime collections would have allowed everyone associated with it to breathe easy.

For producers Ekta Kapoor and Phantom, there are good reasons to celebrate since Udta Punjab is now amongst the Top-5 weekends of 2016. This is how the other films currently stand:

For Shahid Kapoor, these are his career best numbers for an opening weekend. Also, for Kareena Kapoor Khan and Alia Bhatt too, these are their highest weekend collections in 2016, while surpassing Ki & Ka [Rs. 25.23 crore] and Kapoor & Sons [Rs. 26.35 crore]. As for Diljit Dosanjh, it has been a dream beginning for him, unlike his Punjabi counterpart Gippy Grewal who made a disappointing and a forgettable beginning in Bollywood with Second Hand Husband which was a disaster with a lifetime total of Rs. 2.79 crore!

Nagesh Kukunoor's Dhanak didn't find audience for itself though. The reviews were favorable but the buzz and visibility was so low that viewers didn't have much of an idea around its arrival. The film had negligible collections and with more than half a dozen films arriving in the coming weekend, Dhanak would find it very difficult to find screens in the second week.

Housefull 3 has seen a big reduction in shows in its third week. That said, the job is done for the film as it has emerged as a clean hit. While Rs. 3.02 crore more have come in the third weekend, the total currently stands at Rs. 106.22 crore.

As for Te3n, writing was clear in the wall on its fourth day itself and that was evident on its second weekend when the film barely survived. With just Rs. 1.45 crore more coming in, it currently stands at merely Rs. 17.79 crore. The film has flopped.

Note: All collections as per production and distributor sources