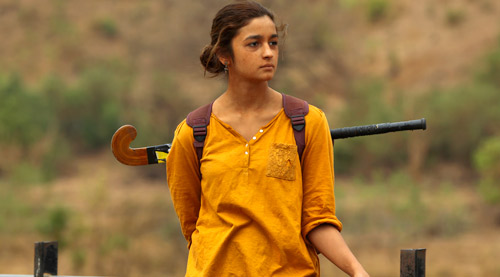 Udta Punjab saw a dip of sorts on Monday when it brought in Rs. 4.50 crore. Ideally, the film should have been in the upwards of Rs. 5 crore at the least. Then on Tuesday, it saw further dip and had Rs. 4 crore coming in. With this, the collections of this Ekta Kapoor and Phantom production stand at Rs. 42.30 crore.

The good news here is that in five days flat, the film has gone past the entire first week collections of the following films:

In fact, the film has also gone past the lifetime collections of Wazir [Rs. 41.02 crore] and Ghayal Once Again [Rs. 35.7 crore]. By the end of its first week, Udta Punjab will come quite close to the lifetime collections of Ki & Ka [Rs. 52.31 crore]. As for Neerja, it had gone from strength to strength to enjoy a 50 day run, with collections touching Rs. 75.61 crore. That's a total which is impossible to achieve by the look of how Udta Punjab is currently doing.

That said, the Shahid Kapoor, Kareena Kapoor Khan, Diljit Dosanjh and Alia Bhatt starrer is now assured of the tag of being a successful affair. By the end of second weekend (when it would have challenge from six Hindi films, one Hollywood biggie and one major Punjabi film), it would be further known how far would it go ahead of the Rs. 60 crore mark in its lifetime run.