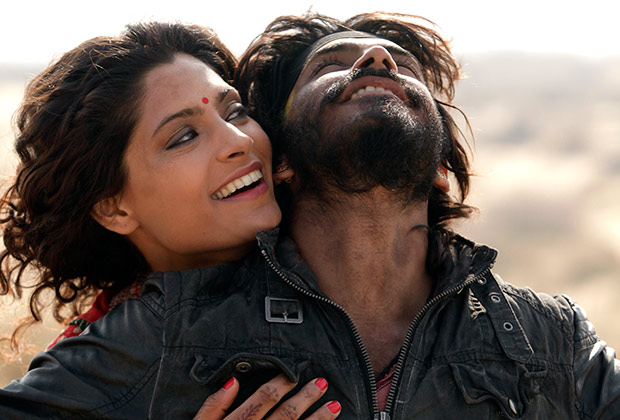 Three years of making a passion project has folded up in less than a week's time. When Mirzya was talked about first, there was immense craze to know how Rakeysh Omprakash Mehra would treat the subject. Announcement of the cast (Harshvardhan Kapoor and Saiyami Kher) was met with good enthusiasm too since a tragic love story for newcomers has traditionally worked with the audiences. Yes, the promos didn't quite ignite a lot of excitement but the curiosity was still there to check out what was in the offering. Unfortunately though, that was only within the industry as outside that, there was just no awareness.

This resulted in a very poor start and once (majority of) critics too gave thumbs down to the film and audience word of mouth was negative as well, there were many nervous moments for the makers. No growth at all on Saturday and Sunday further sealed the fate and when the film fell further on Monday, the verdict was out. The film was rejected by one and all and it was only academic interest that came into play from the perspective of Box Office numbers (or the lack of it).

This is evident from the fact that the film has seen only Rs. 9.5 crore* coming its way in its entire first week. This is disastrous by all standards and no big budget film in the current decade has seen such low numbers. Considering the fact that Mirzya is out of most theaters in the second week, it would barely scrape ahead of the 10 crore mark and that's about it.

Silver lining though is that the newcomers are still in chance for a longer innings ahead. Harshvardhan Kapoor has a couple of films in hand (Bhavesh Joshi and Sriram Raghavan's next) while Saiyami Kher too would be signing her next soon. The duo has managed to register its presence at least amongst the industry folks and the next film that they do could well turn out to be a re-launch of sorts.