Each of the three Bollywood releases in the running are seeing some sort of moolah trickling on a daily basis. Though overall occupancy in theatres is low since there is capacity of around Rs. 50 crore waiting to be consumed in a daily basis, collective numbers are less than Rs. 10 crore which tells the tale. 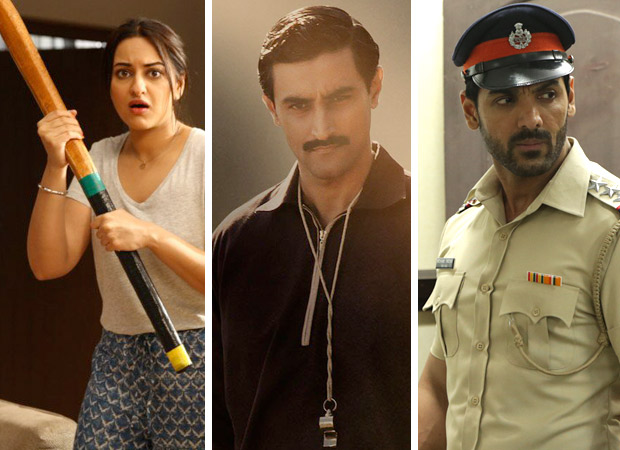 Happy Phirr Bhag Jayegi, which is in its first week, is the highest collecting film of the lot. It brought in Rs. 1.42 crore on Wednesday and with this the Rs. 16.96 crore milestone has been approached. The film stands at Rs. 16.96 crore and would have a slightly better first week when compared to Happy Bhag Jayegi.

Gold collected Rs. 1 crore* more and with this the Akshay Kumar starrer stands at Rs. 102.70 crore*.

Satameva Jayate is on the same lines too with Rs. 1.21 crore added to its kitty on Wednesday. The film has accumulated 88.15 crore so far.

With Stree and Yamla Pagla Deewana Phir Se arriving this weekend, one expects theatres to see good footfalls all over again and keep the audience inflow going.