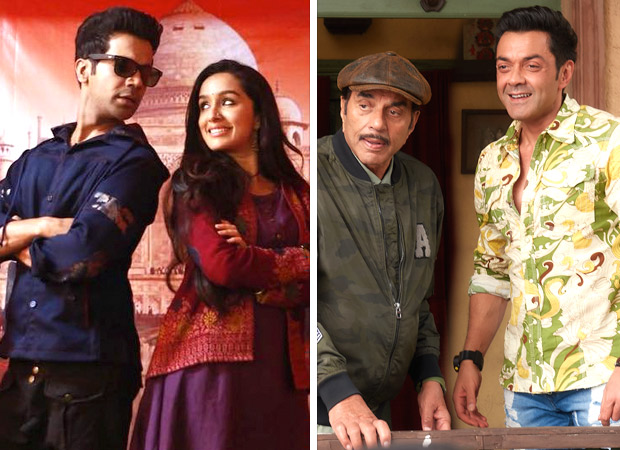 Let’s talk about Stree first. The film’s promo made a good impression and the producers (Dinesh Vijan, Raj & DK) took an unabashed approach to introduce what it stands for to the audiences. There has been a holds no bar stand taken in the mini promos that followed which have an out and out quirky touch to them. Moreover the film’s music has done well too. Catering primarily to youth, this Rajkummar Rao and Shraddha Kapoor starrer is a safe affair since its Rs. 20 crore budget (including P & A) has already been recovered by the makers through sale of music, digital and satellite rights. Hence theatrical revenue would be an added bonus. It would be a decent enough start for the film if an opening number of Rs. 3-4 crore comes in.

Yamla Pagla Deewana Phir Se too is expected to open in the same lines though a little better at Rs. 4-5 crore. However one must remember that the last two instalments had actually taken an opening in the range of Rs. 7-8 crore. Hence the optimal number would have been an opening in the double digit range. That doesn’t appear to be on the cards though since the promo was just about decent and follow through in marketing and promotion hasn’t been aggressive either. Moreover, Deol brothers were last seen together in Poster Boys and though the film was well made, it neither took an opening nor enjoyed a lifetime run. It would now all boil down to the kind of word of mouth that the film enjoys because if that catches fancy with the audience, this all-Deol starrer could well work with the family audience from weekend and beyond.