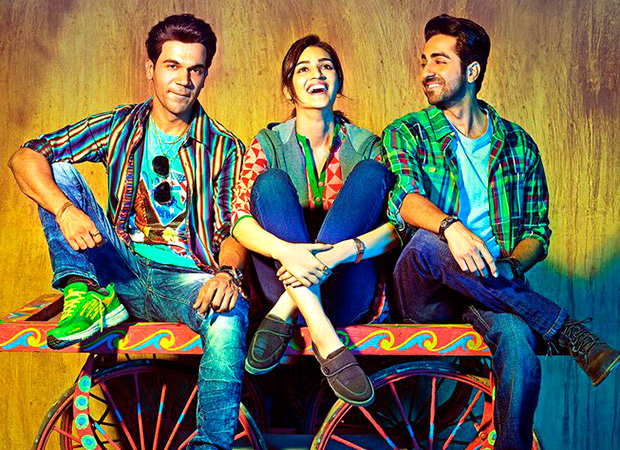 The manner in which Bareilly Ki Barfi found good appreciation coming its way from the target audience on Friday, it was pretty much on the cards that there would be an increment in collections on Saturday. This is what happened as unlike Friday when morning shows were (expectedly) dull, Saturday started off relatively much better with evening and night shows showing enhanced occupancy.

As a result, Rs. 3.85 crore more came in and this is good considering the fact that Friday was Rs. 2.41 crore. The film has now collected Rs. 6.27 crore and the trajectory so far indicates that the weekend would be on the same lines as Dolly Ki Doli [Rs. 10.76 crore] and Happy Bhag Jayegi [Rs. 10.71 crore].

For Ayushmann Khurranna this is at least better news than Meri Pyaari Bindu which had a poor weekend of Rs. 6.5 crore. Now Bareilly Ki Barfi has managed a similar amount in just two days. For Kriti Sanon, the film is showing much better traction than her expensive flick Raabta. Rajkummar Rao too would be glad to see the film doing much better business than his last couple of releases Behen Hogi Teri and Trapped. As for director Ashwini Iyer Tiwary, this is a much better show when compared to her debut directorial affair Nil Battey Sannaata which released last year and had a lifetime number of Rs. 6 crore.

All in all, while a decent to good weekend is on the cards, it would all boil down to how much hold does the film manage during the weekdays.