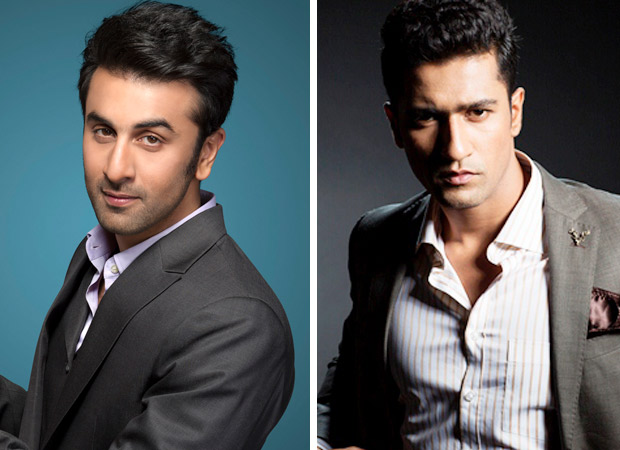 Do you remember how Ranbir Kapoor danced to the tunes ‘Badtameez Dil’ in Yeh Jawaani Hai Deewani? Well, we all are aware of the amazing dancing skills of the actor and now he is all set to put those into use in his forthcoming film, the Sanjay Dutt biopic.

Readers may be aware that the Sanjay Dutt biopic recently went on floor in the city and we have even received couple of glimpses of Ranbir donning the avatar of the Khalnayak actor on the sets of the film. Now there are reports claiming that not just Ranbir but the actor will be accompanied by Vicky Kaushal, as the duo will be seen shaking a leg in the film.

Let us remind you that Vicky plays the role of Sanjay Dutt’s friend in the film. Not many know that Vicky is a fantastic and trained dancer.  The young actor who has so far been seen portraying serious characters on screen will get to show a whole new side of him soon.

The duo was recently spotted outside a dance rehearsal studio in Mumbai and now we can't wait to see what magic they create together.

Besides the two, the film also stars Sonam Kapoor, Anushka Sharma and Dia Mirza in prominent roles and it is directed by Rajkumar Hirani.