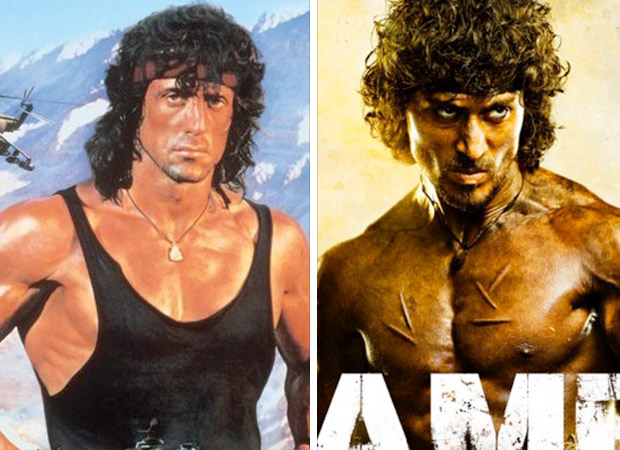 Last weekend definitely had some interesting news in store, especially for the Tiger Shroff fans who were surprised to see the actor don the avatar of one of Slyvester Stallone’s most iconic roles, Rambo. Soon, there was an announcement about Tiger playing the lead role in the official Bollywood remake of the popular Hollywood film by the same name.

Commenting on the news about Tiger Shroff portraying his role in Rambo, the original Rambo aka Sylvester Stallone took to social media to share this post. Besides posting a glimpse of the latest poster of the Bollywood Rambo, Sylvester also motivated Tiger to keep up the spirit, saying, “I actually get excited in my heart whenever young artists get an rare opportunity to reach for the stars! Eye of the Tiger! I am sure you will put all of your heart and soul into it…Never give up young man!”

When Tiger came across the post, he was thrilled to see the reaction of Slyvester Stallone and responded to the same, “There will always and only be ONE "eye of the tiger" for us cubs you rule the jungle! Thank you so much sir! @TheSlyStallone.”

Besides the Hollywood superstar, congratulatory messages and well-wishes have been pouring from all quarters of the fraternity for Tiger Shroff. The film is to be directed by Siddharth Anand.

Readers may recall that the filmmaker had expressed his desire to make this remake last year and since then, there were several speculations about the actors being roped in for the role of the protagonist. However, putting an end to all of it, the makers locked the details and announced it along with a poster this weekend, sharing the news about Tiger Shroff playing the lead.