Last Updated 04.10.2022 | 11:55 AM IST
feedback language
follow us on
Bollywood Hungama » News » Bollywood Features News » This video of Aaradhya Bachchan giving a tight hug to Abhishek Bachchan over a football victory is the cutest thing you will see on the internet today!

We all know that Bollywood stars follow the ritual of practicing football over the weekend and amongst them include popular stars like Ranbir Kapoor and Abhishek Bachchan. In fact, the latter is a captain of their football team and they are often seen playing the sport at a ground in suburban Mumbai. Recently, the actor had the special ladies in his life, Aishwarya Rai Bachchan and his seven year old daughter Aaradhya Bachchan accompanying her mother to catch a game of football and cheer for him during the game. The video of the same has gone viral on the internet! 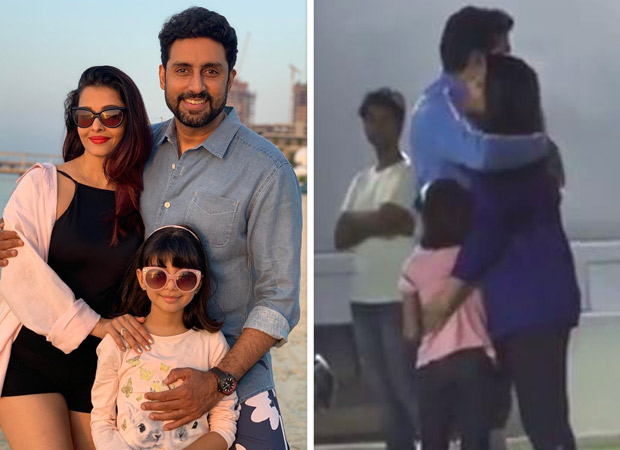 This video of Aaradhya Bachchan giving a tight hug to Abhishek Bachchan over a football victory is the cutest thing you will see on the internet today!

The said video has Aaradhya Bachchan rushing towards her father Abhishek Bachchan after he finished the game and giving him a tight hug. His Bollywood stars team won the match against the telly stars and his little daughter seemed quite excited over her father’s victory. Following right behind her, was also Abhishek’s wife Aishwarya Rai Bachchan who too hugged Abhishek and her daughter over the win. Here’s a look at the video:

As soon as baby #aradhyabachchan sees her dad on the ground, she runs towards him and gives him a tight hug ❤️❤️. So cool ???? #aishwaryabachchan

On the film front, Abhishek Bachchan will next feature in Anurag Basu’s next alongside Fatima Sana Shaikh, Sanya Malhotra, Rajkummar Rao and Sanya Malhotra. The actor is also expected to join hands with his wife for a film named Gulab Jamun but there has been no official announcement on the same.