Abhishek Bachchan and Ranbir Kapoor both are owners of football teams in India. They are often seen during celebrity football leagues as they play for their charity foundations. The actors also get captured during practice sessions. 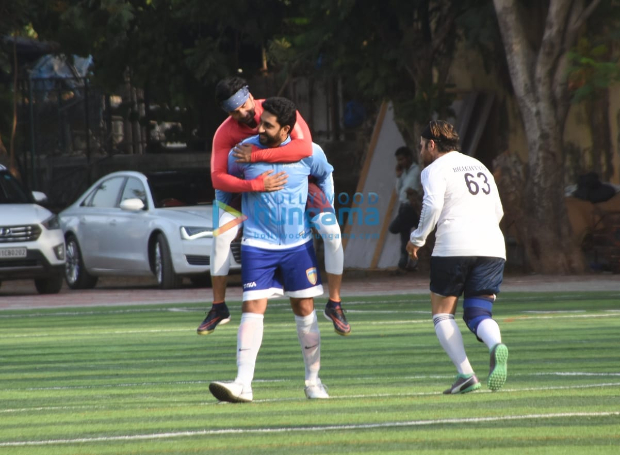 This past weekend, Abhishek Bachchan and Ranbir Kapoor took time off from their busy schedule for practice matches. And paparazzi caught them during a light moment when Abhishek gave Ranbir a piggyback ride. This was definitely one of the warmest moments between the two stars. 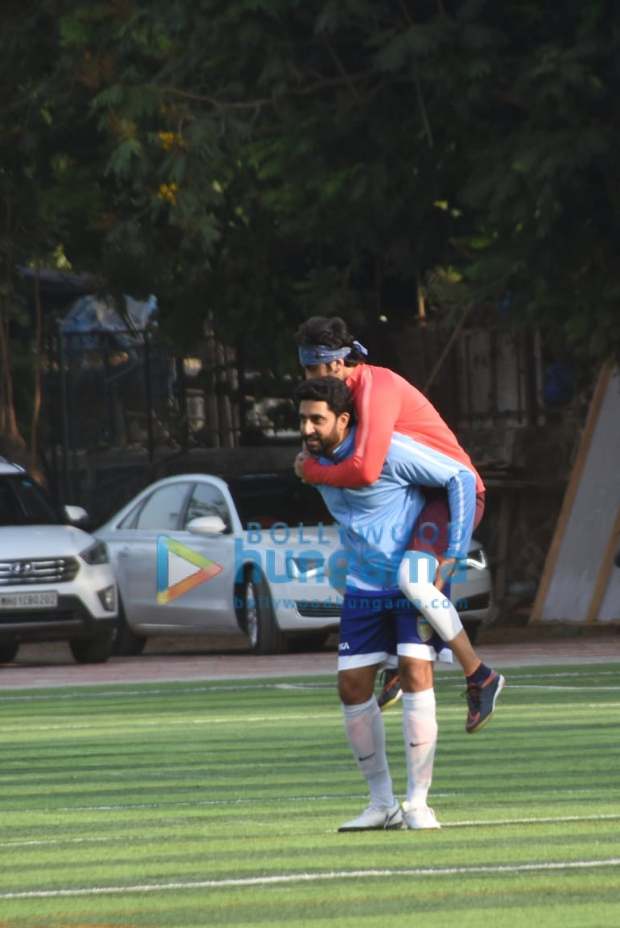 Meanwhile, on the work front, Abhishek Bachchan has a couple of projects lined up including digital debut with Amazon's Breathe 2. He is also starring in Anurag Basu's untitled next. 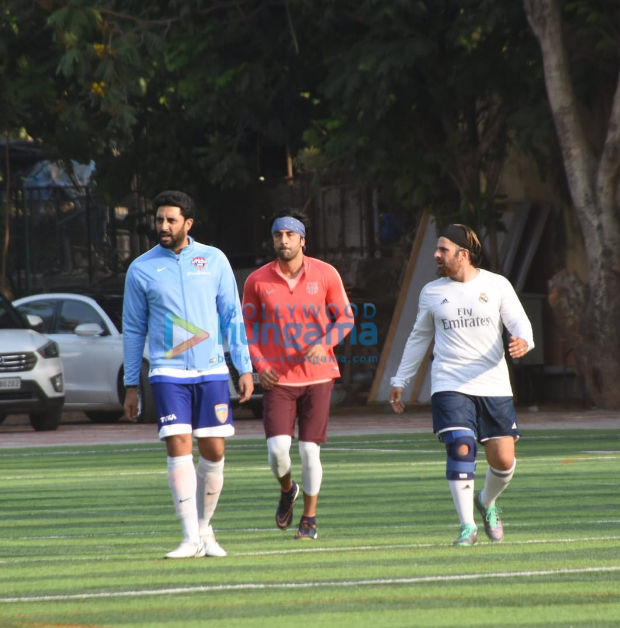 Ranbir Kapoor, on the other hand, will be starring in superhero franchise Brahmastra. Helmed by Ayan Mukerji and starring Alia Bhatt, the film has now been shifted to summer 2020 release.