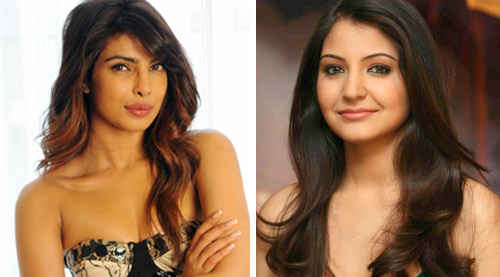 "We have a fantastic playback singer in the market now," said Anushka Sharma in a Bollywood Hungama exclusive video interview about Priyanka Chopra singing a song in Zoya Akhtar's Dil Dhadakne Do. The actress further stated, "It was pretty awesome. Priyanka has sung it beautifully. She has a nice seductive voice and yet it's fun. This is her first Hindi song. She is superb." Anushka also clarified that Priyanka is a part of the same song in visuals. "Zoya has this celebratory song in the end where everyone comes together," added Anushka.

Anushka Sharma is basking in the glory of glowing feedback for her stellar performance in Nadveep Singh's NH10. PK has emerged as the biggest grosser in Indian cinema ever. The first look promo of Anurag Kashyap's Bombay Velvet too has been out today. Anushka Sharma had stated in a Bollywood Hungama interview that Bombay Velvet has been one of the most challenging roles of her career. After that, she will be seen in Dil Dhadakne Do. She is excited about this film as she rates Zoya Akhtar very highly as a director. Said Anushka, "Zoya is a top class director. Her intelligence is supreme. The way in which she understands human relationships and people's weaknesses and show them for what they are and that's beautiful."