All eyes are looking at ace filmmaker Meghna Gulzar's next offering. After giving gritty films such as Raazi and Talvar, she is now ready to bring the story of acid attack survivor Laxmi Agarwal with Chhapaak. Interestingly, while the lead is played by Deepika Padukone, she had also cast some real acid attack survivors in the film. 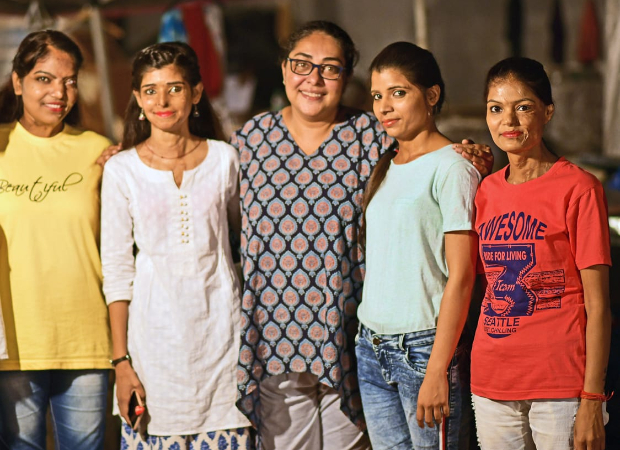 "The decision to cast real acid attack survivors was fairly an organic one because we had the characters of Malti and Amol and Amol runs an NGO where survivors and volunteers work for the welfare of other survivors. In that we had to have actors who play survivors and I thought why not get actual survivors from Alok Dixit's Ngo to play the parts and I am just grateful they agreed," she says.

While many might wonder why Laxmi herself didn't play the part, Meghna says, "As hard as it may be to believe but Laxmi acting in the film, or wanting to act in the film or showing any desire to act in the film never came up, directly or indirectly. One would have needed a professional and proficient actor who could deliver to the caliber of the performance. None of us including Laxmi would want to lose out on the substance and impact of the film. I feel Laxmi too realized the gravity of performance required in the film and therefore it just never came up"

As part of the film, four acid attack survivors from Sheroes and Chhanv Foundation acted in the film namely, Ritu, Bala, Jeetu and Kunti. Meghna says," it's unbelievable how uninhibited they are as actors, there is no self-consciousness neither when the camera comes on nor when it’s off. You will see that when you see the film and it has been a very precious experience to direct these girls."

"Convincing them was not difficult at all. In fact, I was blown away with their enthusiasm for the film. They feel it's a very significant film to the cause of acid attack survivors. They supported the film wholeheartedly. Working on Chhapaak was another way of supporting the film. They delivered beyond our expectations.," Says the prolific filmmaker.