Earlier this week, it was confirmed that Priyanka Chopra has begun prep for her next film is The Sky Is Pink which will be helmed by Margarita with a Straw director Shonali Bose. The earlier reports had suggested that Priyanka's Dostana co-star Abhishek Bachchan was roped in for the role. Now, it has been learned that the actor is out of the project. The film has now gone to Priyanka Chopra's Dil Dhadakne Do co-star Farhan Akhtar. 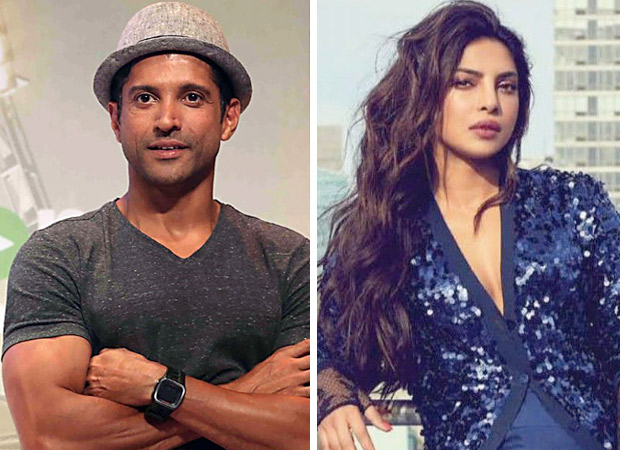 If the latest reports are to be believed, Farhan Akhtar will be paired opposite Priyanka Chopra in Shonali Bose’s next venture, The Sky Is Pink. This will be their second project after Dil Dhadakne Do in which Farhan was Priyanka's love interest. Dangal and Secret Superstar fame Zaira Wasim will be sharing a screen space with them, who is reportedly playing the role of their daughter in the story. While Priyanka and Zaira have begun prep for the film, the lead actor in Shonali Bose's next is yet to be officially announced. It will be amazing to see Farhan and Priyanka come together again in this interesting film as Zaira's parents. The film will reportedly go on floor in the month of August.

The Sky Is Pink is a story about a young girl named Aisha Chaudhary who was diagnosed with pulmonary fibrosis at the age of 13. She became a motivational speaker after her diagnosis. She even came out with a book, My Little Epiphanies. With a positive attitude, she spoke at prestigious events like TEDx, INK conferences. However, Aisha Chaudhary breathed her last at the age of 18 on 24 January 2015.

Also Read: Priyanka Chopra begins prep for her next Hindi film with Shonali Bose titled The Sky Is Pink