Kartik Aaryan and Kriti Sanon are coming together for the very first time for Dinesh Vijan's next, Luka Chuppi. The two actors, who have been busy with their work schedule, will be soon heading to Gwalior to begin shooting for the film. Now, we have the first glimpse from the film and it looks like a complete entertainer. 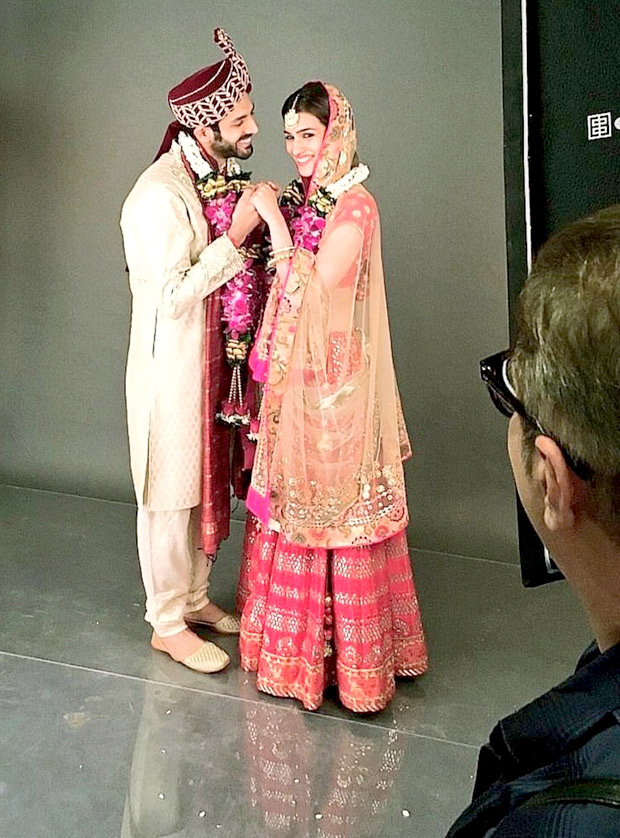 The new leaked image from the look tests features Kartik Aaryan and Kriti Sanon as newlyweds. Dressed in the traditional outfits as bride and groom, the two of them can't stop smiling during the look test while posing for the cameras. Earlier, it was reported that Kartik will play the role of a star reporter for a local TV channel in Mathura while Kriti will play his love interest. The actors will need to speak in the local dialect and get the right lingo, and hence the two have started the preps days before going on floors for it.

Now, it has been learnt that the shoot of Luka Chuppi will begin on 1st August in Gwalior and it will be shot in Agra and Mathura as well. “I was delighted to know that the shoot will be in Gwalior. The first thing I did was, called my parents and broke the news to them. I haven't been there in a while now. I'm looking forward to the shoot,” says Kartik.

Kartik Aaryan will soon head for the shooting. As the actor hails from the city, he will also get to spend quality time with his loved ones including his parents. He will be in Gwalior for one month and a half. Luka Chuppi promises to be a fun-filled love story which will be directed by Laxman Utekar.