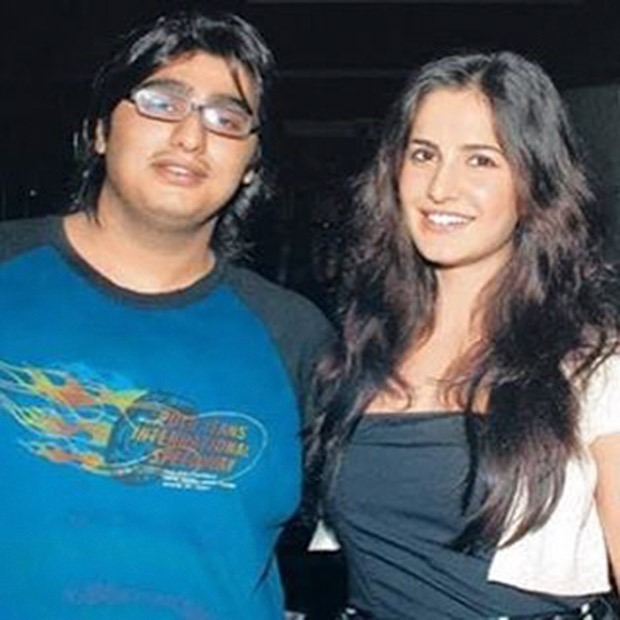 Many of Bollywood celebs had dealt with their weight issues, which they overcame it sooner or later. One such star happens to be Arjun Kapoor, who once weighed a bulky 150 kgs and that the only clothes which fitted him were by the brand named FUBU (‘For Us By Us’), which also became his nickname. It took years or persistent efforts for the hunky Arjun Kapoor to reach where he is today.

Even though he may romance with the best of heroines on screen today, there was a time when he used to be a fanboy of many heroines. One such fanboy moment was recently shared by Arjun Kapoor on the social media where he posted a photograph with the gorgeous Katrina Kaif, who, only recently joined the social media. Arjun Kapoor captioned the photograph as “Next to the stud on the left is this girl who's now on Instagram... she's apparently quite popular these days @katrinakaif check her account out & maybe follow her even...”