This week we see the release of two very different films with BHOOT – THE HAUNTED SHIP and SHUBH MANGAL ZYADA SAAVDHAN. While the first is a horror thriller the second deals with a rather touchy topic, but the question remains, which film will take the lead at the box office? 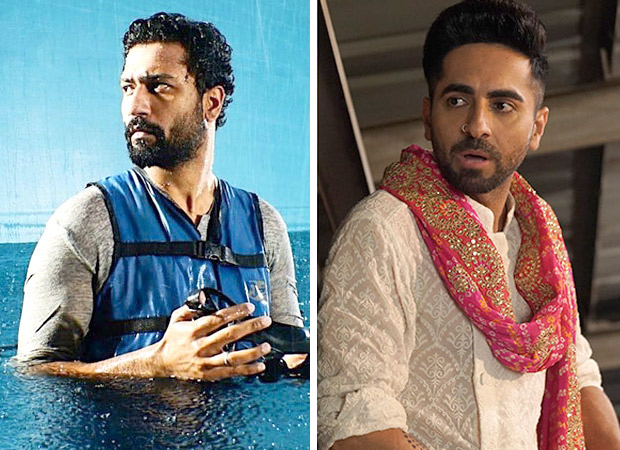 Reports suggest that both new releases have started off on a slow note with occupancy rate during morning shows being pegged at 10%. This slow opening is currently being attributed to the Maha Shivratri holiday that has kept people out of theatres during the morning shows. Given their current trend and the audience response, trade predictions state that both releases will eventually record average collections. However, given the mixed reviews BHOOT has received, expectations are that the business of the film might see a downward trend, while SHUBH MANGAL ZYADA SAAVDHAN that features Ayushmann Khurrana might face a tough time connecting with the masses on account of its taboo topic.

On the whole, SHUBH MANGAL ZYADA SAAVDHAN is expected to take the lead at the box office, with its opening day registering around Rs. 7 cr. in business. On the other hand BHOOT – THE HAUNTED SHIP is expected to rake in around Rs. 4 cr. on Day 1.