After much hype and promotion we finally see the release of two starkly contrasting films in the form of the Ajay Devgn – Saif Ali Khan starrer TANHAJI – THE UNSUNG WARRIOR and the Deepika Padukone starrer CHHAPAAK. While the first is a period flick about a well-known warrior the second tells the story of the acid attack survivor Laxmi Agarwal. But which of the two films will eventually take the lead at the box office is the question. 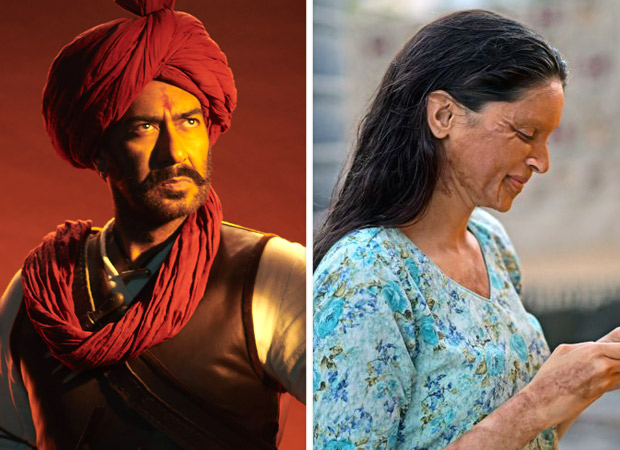 Reports suggest that TANHAJI – THE UNSUNG WARRIOR that sees a wide release across 3880 screens in Hindi and Marathi in two formats 2D and 3D has opened on a strong note with occupancy rate during morning shows being pegged at 30%. On the other hand the gritty film CHHAPAAK has opened on a slower note with an occupancy rate of 20%. But with positive reviews CHHAPAAK is expected to see an increase in footfalls over evening and night shows. However, given the film’s story and content it is aimed at multiplex going audience in metros, unlike TANHAJI – THE UNSUNG WARRIOR that has a wider appeal in single screens as well. Given this fact, trade predictions state that TANHAJI will eventually emerge as the leader at the box office with CHHAPAAK following close behind. As for the Rajinikanth – Suniel Shetty starrer DARBAR that also hit screens today, reports have been rather bleak.

On the whole, TANHAJI – THE UNSUNG WARRIOR is expected to do brisk business over the weekend while CHHAPAAK will have to rely on strong word of mouth to capture the audience in non-metro locations. However, DARBAR will face a mammoth task at the box office, especially since two more Telugu films are slated to hit screens in a day.