After much talk and promotions today we see the release of two big ticket bollywood entertainers in the form of MISSION MANGAL and BATLA HOUSE. While the first that features an all star cast lead by Akshay Kumar the latter sees John Abraham reprise a role that is based on real life individual. But which of the two films will take the lead at the box office is what we analyze. 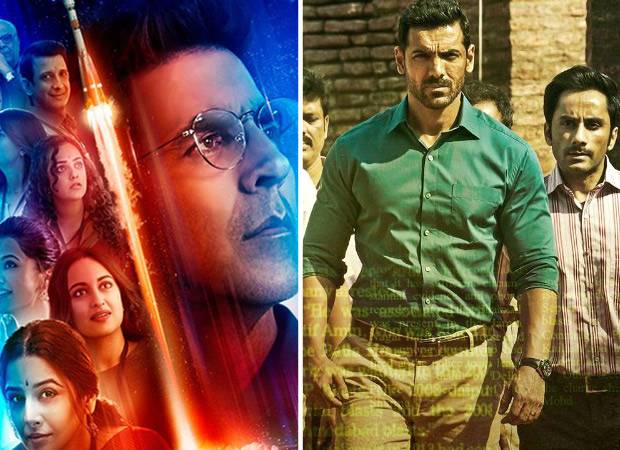 Reports suggest that MISSION MANGAL that enjoyed a good advance booking rate has opened to a 60% occupancy rate while BATLA HOUSE has taken an opening of 25%. The reason behind MISSION MANGAL opening on a good note is being attributed to the fact that the film enjoys a massive screen count with more shows as compared to its competitor, and the fact that it has been one of the most talked about release in recent times.

Interestingly, both new releases are inspired from true events and hence enjoy quite similar hook poibts for the audience. In terms of box office collections going by the current trend MISSION MANGAL looks set to see an opening day collections around Rs. 25 cr. On the other hand though BATLA HOUSE has opened on a slower note the business of the film will pick up over evening and night shows.

On the whole, MISSION MANGAL and BATLA HOUSE both have garnered positive reviews and are likely to see immense growth in collections as the day progresses. If that wasn't all, thanks to the Independence Day extended weekend, predictions state that both film will enjoy massive collections.

EXCLUSIVE: "I am proud to be a television…