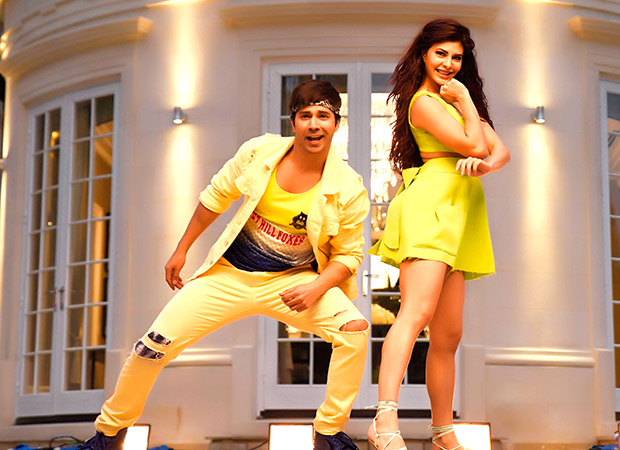 Over the past few weeks Varun Dhawan has been jetting across the country promoting his next venture JUDWAA 2 which hits screens today. But given the tepid response of the audience to previous releases that have been remakes of popular films the question of the hour is, ‘Will JUDWAA 2, which is a remake of the Salman Khan starrer JUDWAA, manage to entire the audience?’

Reports suggest that JUDWAA 2 which enjoys a massive release across 3500+ screens with 12500+ shows in 2050+ locations has opened on a good note with occupancy rate during morning shows being pegged at a steady 40%. While the film which has proven to be massy entertainer has taken off on a good note, certain mass dominated sectors have recorded an opening far better than 40%. If that wasn’t all the film has also enjoyed decent advance booking which is expected to greatly boost it’s over performance at the box office.

This coupled with the fact that the brand JUDWAA is already pretty established within the audience’s minds and the fact that previous releases have all but faded from the screens the David Dhawan directed JUDWAA 2 seems to be already set on its way to success. In fact going by predictions the film is expected to rake in Rs. 13-15 cr on its opening day itself.

On the whole, JUDWAA 2 which has enjoyed massive promotions in its run up to release is expected to pick up further over evening and night shows. Current expectations of the film state that JUDWAA 2 is likely to see a near 100% occupancy rate in mass dominated sectors over evening and night shows. Besides this since the film enjoys an extended four day weekend the collections of JUDWAA 2 are more than likely to cross the Rs. 50 cr mark within the first four days.