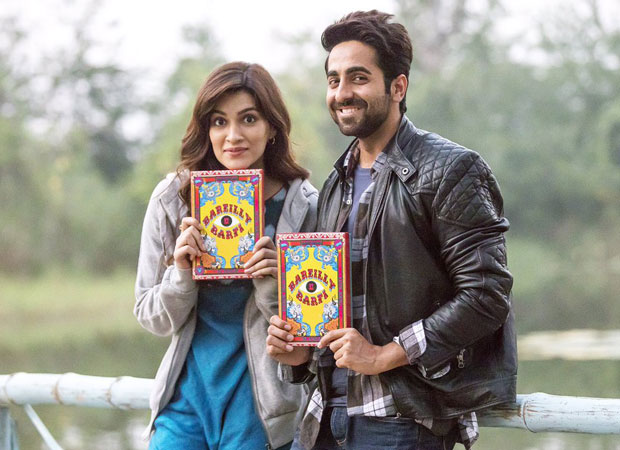 The Ayushmann Khuranna – Rajkummar Rao- Kriti Sanon starrer BAREILLY KI BARFI hit screens today. However, after last week’s success story TOILET – EK PREM KATHA will the new film manage to find takers or will it fade away at the box office is the question.

Reports state that BAREILLY KI BARFI has opened on a rather disastrous note with occupancy rates during morning shows being pegged at a meagre 10%. If that wasn’t all, reports further state that with a lack of chartbusting music and low entertainment value the film will face a tough time at the box office. On the other hand the Akshay Kumar – Bhumi Pednekar starrer TOILET – EK PREM KATHA that was directed by Shree Narayan Singh still continues to hold the audience’s attention. In fact the film seems to be performing on a much better note when compared to the new release.

On the whole BAREILLY KI BARFI that has received underwhelming reviews faces an uphill task at the box office. While the film will have to rely very heavily on positive word of mouth it is not really expected to post good collections.