Two distinct films belonging to altogether different genres release this weekend - Luka Chuppi and Sonchiriya. Both have been promoted for over a month now and come with their own unique credentials. 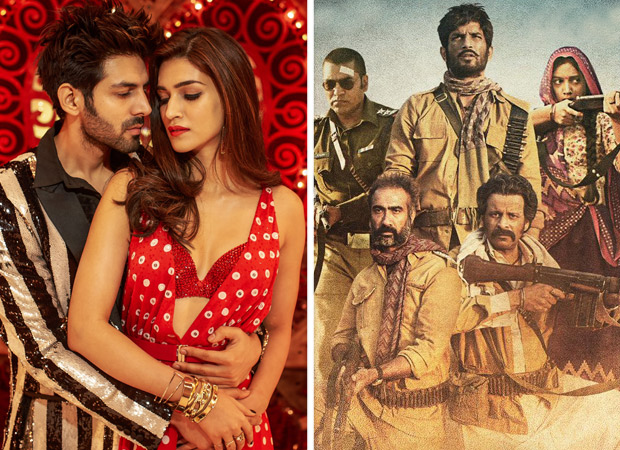 Luka Chuppi looks like a fun affair and boasts of a new jodi in the form of Kartik Aryan and Kriti Sanon. It has an interesting concept of a couple which is in a live-in relationship but their entire family circle believes that they are married. It is produced by Dinesh Vijan who delivered a Blockbuster in Stree last year. The film marks the debut of Laxman Utekar as a director in Hindi films. One of the core strengths of the film is its music which has become popular. Luka Chuppi is expected to find traction amongst the youth to begin with and hence is aiming for an opening around the Rs.5 crore mark.

The other release is Sonchiriya which is directed by Abhishek Choubey, whose last release was Udta Punjab. It features Sushant Singh Rajput in the lead who last delivered a success in Kedarnath a couple of months ago. An ensemble affair, it features Manoj Bajpayee along with Ranvir Shorey and Bhumi Pednekar. A key driver for the film is producer Ronnie Screwvala who is backing interesting films and his Uri - The Surgical Strike is still in theatres after emerging as an All Time Blockbuster.

The film will depend entirely on word of mouth though as it is based in Chambal with dacoits as the protagonists. It has an offbeat niche treatment to it which should find favour amongst the audiences once the critical acclaim and appreciation comes in. For now, the film is aiming for a start of around Rs. 3 crore on the first day.