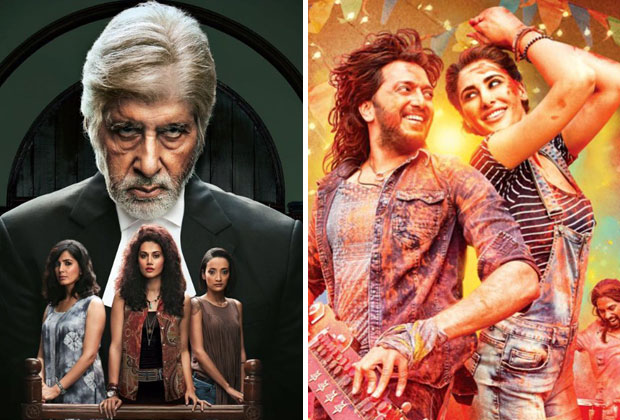 It has been Pink all the way at the Box Office as the second Saturday also belonged to the film. Just like last weekend, the film grew well from Friday to Saturday, and in the process brought in Rs. 5.49 crore more. The film has now amassed Rs. 44.55 crore already and is set to hit the half century mark before end of Sunday.

This is also the first time ever that a film belonging to this genre has scored so well at the Box Office. The last notable film to do some kind of a business while being set as an investigative/court room drama and a realistic treatment was Talvar and that had fetched Rs. 31 crore in its lifetime run. In case of Pink, that number was achieved inside of one week itself and the speed at which it is going, the business double to that of Talvar would be accomplished by the end of the second week.

Meanwhile, Banjo has largely stayed flat with only Rs. 1.95 crore more coming in. These are below expectations number for a film which promised a better outcome than this. The Riteish Deshmukh starrer has gathered Rs. 3.67 crore so far and this was the number that the film should have actually brought on its opening day itself.

Since the film hasn't seen a major jump on the second day, it all boils down to how it performs today. Ideally, the collections should cross Rs. 3 crore today in order to stay in contention but then the manner in which it is proceeding so far, for that to happen would need a miracle no less.