Yet another Friday, yet another Bollywood film that has failed to make a start at the box office. Each of these films is the kind that would have usually taken an opening of 8-10 crores at least during the pre-pandemic days. Be it Runway 34, Jersey, Attack - these all have found themselves in the vicinity of Rs. 3 crores. Now same is the case with Jayeshbhai Jordaar as well which has opened at Rs. 3.25 crores. Frankly, the film should have opened better, and even with limited expectations, one thought that Rs. 4-5 crores is there for the taking. Alas, that's not the case! 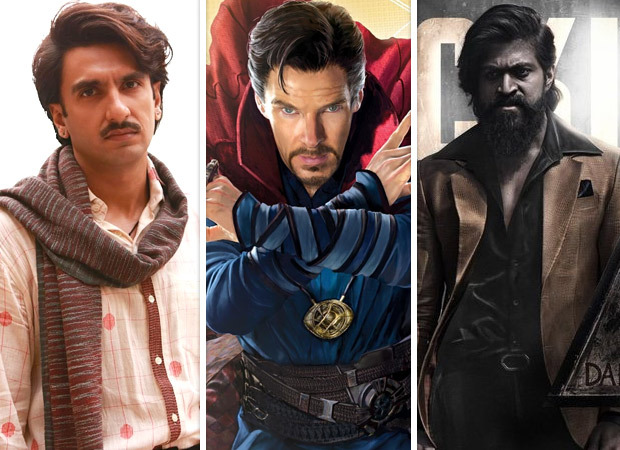 Somehow, audiences were not enticed around the film after the release of the first promo itself, and then post that the follow-up didn't indicate anything better in the offering. A social subject with a mix of drama and humour, it didn't quite entice audiences much, and hence when it was eventually released at the box office, there was no buzz or hype whatsoever.

Meanwhile, Doctor Strange in the Multiverse of Madness has stayed on to be decent at the box office as it too collected Rs. 3.25 crores on Friday. Of course, this is the second week running for the film but then the fact also remains that it has taken a huge fall when compared to Rs. 28.35 crores that it had collected on the first day. The only good thing is that compared to (a low) Thursday of Rs. 4.50 crores, the fall isn't much. So far, the film has collected 104.74 crores* and should find itself in the 113-115 crores range by the time the weekend is through.

As for KGF: Chapter 2 [Hindi], it stays on to be quite good as in terms of occupancy it's the best film in the running. On its fifth Friday too, the film collected Rs. 1.25 crores* which has pushed the overall total to Rs. 421.95 crores*. The film could possibly see the best jump amongst all films in the running, and that should allow it to comfortably go past the Rs. 425 crores mark by the time the weekend is through. All-time blockbuster.