Gold and Satyameva Jayate entered their second weekend and held reasonably well to ensure that there would be growth on Saturday and Sunday. Both films had almost similar numbers though on the second Friday. While Gold brought in Rs. 1.75 crore, Satyameva Jayate collected Rs. 1.82 crore. 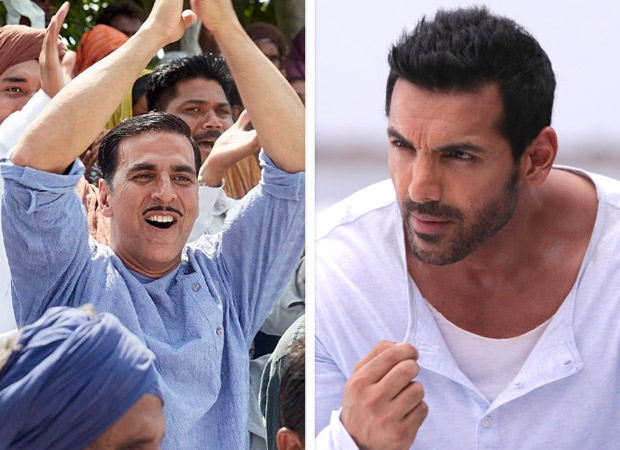 Of course even better numbers would have been a nicer deal since there wasn't much of a competition around them. Gold had Happy Phirr Bhag Jayegi to compete with at multiplexes whereas Satyameva Jayate faced Genius at the single screens. However, looks like the Akshay Kumar and John Abraham/Manoj Bajpayee starrers have exhausted a good part of their audiences in the first nine days and hence the second Friday was just about decent.

Nonetheless, there should be added moolah coming in on Saturday and Sunday. Currently, Gold stands at Rs. 91.05 crore and one waits to see if there would be jumps big enough to take it past the 100 crore mark before Monday itself. As for Satyameva Jayate, the film has collected Rs. 76.91 crore already and would find itself closer to the Rs. 85 crore total before the second weekend comes to a close.