It was predicted that Happy Phirr Bhag Jayegi would open in the range of Rs.2-3 crore. This is exactly what happened as the Mudassar Aziz directed film saw a fair opening of Rs. 2.70 crore. The film did see a good release for itself and had adequate number of shows, which means there was potential to score even higher. However, this is the kind of film which primarily relies on word of mouth amongst family audiences to pull through and hence it would be growth over Saturday and Sunday that would do the talking. 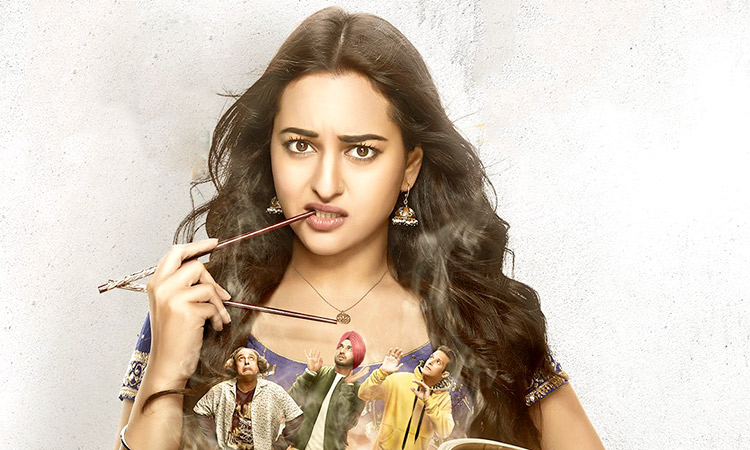 The Krishika Lulla and Aanand L. Rai's production has actually opened better than its predecessor Happy Bhag Jayegi. Released exactly two years ago,  that film had opened to Rs.2.32 crore and now the sequel has done better. While that film with Diana Penty in the central role had travelled to Pakistan, this one with Sonakshi Sinha has its setting in China. However, the common element is Jimmy Sheirgill and with the kind of all-around appreciation that he has received for the film, rest assured he would stay on to be there in the franchise when the third instalment comes up.

Happy Phirr Bhag Jayegi has seen good reviews coming its way from all quarters which means it is set for a good weekend. Happy Bhag Jayegi had collected  Rs.10.71 crore in its opening weekend and the manner in which the sequel grew during Friday evening and night shows, this number should be surpassed before Sunday comes to a close.