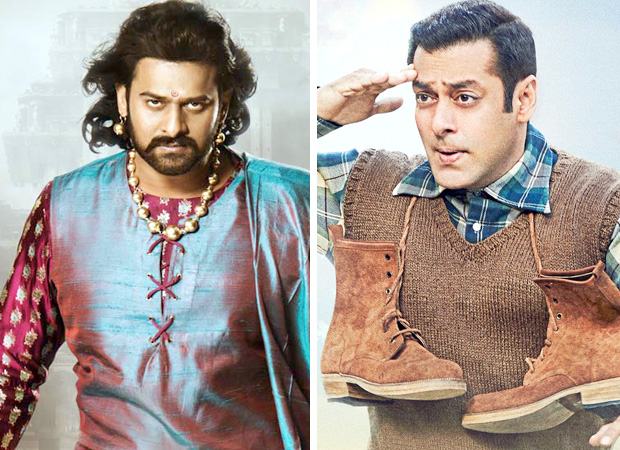 The first six months of 2017 are over [how time flies!] and as I pen this piece, I am left with mixed feelings. The Hindi film industry had its share of successes -- films that made us jump with joy. Conversely, the industry had its share of non-starters, failures and disasters -- films that made a hole in the pocket of the distributors. It was an eventful year when you recall the thunderous start of BAAHUBALI-2 and the benchmarks it set. Conversely, there were disappointments too, especially TUBELIGHT, which didn't set the cash registers jingling.

Year after year, the one thing that Hits and Flops teach us is that we ought to choose content over star power and also make sure that the film appeals to its target audience. We ought to respect the audience. We shouldn't insult their intelligence. Don't take them for granted. Films like DANGAL [the last major release of 2016], BAAHUBALI-2, JOLLY LLB-2, BADRINATH KI DULHANIA and more recently, HINDI MEDIUM reiterate the fact that the Hindustani audience wants to watch Hindustani stories. You need to cater to the pan-India audience today, not merely select metros.

What caught each one of us unaware was the stupendous start and eventual success of BAAHUBALI-2. It didn't boast of an A-list *Hindi movie star*, but created waves within and outside the country. The fact that the Hindi version has crossed Rs 500 cr mark [NBOC; India biz] speaks volumes. Star power is important, but after the initial shows, the content does the talking. Conversely, TUBELIGHT, which brought together the Salman-Kabir Khan combination after the hugely successful BAJRANGI BHAIJAAN, failed to fetch the desired start. Nor did it create new records at the BO. This, despite the superstardom of Salman Khan, Eid release and a massive screen count [4400 screens in India] to garner massive numbers.

Despite the below-the-mark BO performance of TUBELIGHT, Salman Khan remains the most popular star [along with Aamir Khan] amongst moviegoers today. A hiccup cannot dethrone him from the throne he occupies with Aamir. I am sure, his next release, TIGER ZINDA HAI -- slated for Christmas 2017 release -- will embark on a fantabulous note and prove the naysayers wrong.

The first six months of 2017 also hammered the fact that we need to think wisely when we sanction movie budgets. I've always felt that it's not the film that fails, but the price/budget that fails. We need to spend wherever necessary, but overspending and overpricing can be disastrous if the audience rejects the movie. The losses are unbearable then. An eye on content and another on the cost of production can keep the investors safe.

The obsession with festivals, holidays and extended weekends is another fad that has gripped Bollywood. Look at the majestic BO performance of BAAHUBALI-2. Did it release during Eid, Diwali or Christmas? Did it release on a national holiday? Did it have an extended 4-day or 5-day weekend? Getting the best deal during festivals and national holidays often leads to clashes and it's no longer a lucrative prospect in today's times when the stakes are so high. Both, RAEES and KAABIL would've amassed more had they arrived solo.

A number of significant films are slated for release from July till December. Let's hope there's more to cheer and celebrate in these six months. Fingers crossed!