Priyanka Chopra is on seventh heaven after her marriage to Nick Jonas. Her whirlwind romantic affair led to a surprise engagment leading to her getting hitched within months! PC opted for a grand ceremony combining Indian and Western rituals at the royal Umaid Bhavan Palace in Udaipur. She plunged into work immediately after her shaadi and was spotted at an event with her hubby wearing Sindoor, Chura and a bright smile. She even took to social media and shared lovely pics with heartwarming message for hubby dearest on completion of one week of their marriage and has been keeping fans updated even with her honeymoon pics. 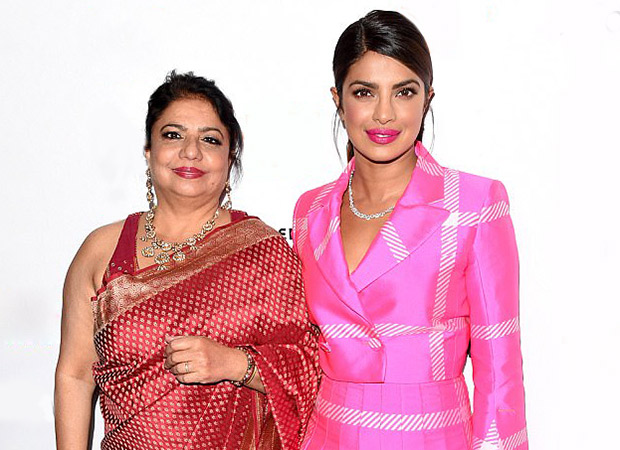 While Priyanka's fans are elated, there are some detractors who trolled her as well. They questioned her brand of feminism and claimed that she has double standards since before she came out in public with her relationship, she made sweeping statements like ‘I want a man only for babies and not for diamonds’ and now, she has been flaunting the symbols of patriarchy with aplomb.

Priyanka's mom Madhu Chopra however came out in her defense and gave a fitting reply to this troll and spoke about how a woman can be strong despite wearing sindoor. The troll commented that PC had made a hue and cry that she does not need a man except for making babies and quickly changed into a coy bride once she found her man and talked about how he is the moon and stars of life. Madhu replied to her stating, “Sindoor is not synonymous with bondage anymore. Watch Priyanka proving it everyday!!”

On work front, Priyanka Chopra is working on The Sky Is Pink. Currently, she is enjoying some downtime with Nick Jonas in Oman!